Le Château made a commitment to give back clothes, shoes and accessories…

Over the Holidays, from December 26th to the 31st, Le Château made a commitment to give back to eight different Montreal charities the equivalent in clothes, shoes and accessories of every dollar its customers would spend in any of its outlet stores across Montreal as well as on its online outlet.

Like Sun Youth, Le Château is deeply rooted in Montreal’s history and today it remains an institution that stands the test of time and that the public can be proud of. Le Château was founded by Montreal fashion mogul Herschel Segal in 1959. Initially, Le Château was a small family-run store that quickly grew. Today, it is a publically traded company on TSX with over 220 locations across Canada and over 2500 employees.

The total sum spent by Le Château customers over the Holidays amounted to over $280,000. The merchandise given by le Château is made up of clothes and shoes for men, women and children in all different sizes along with nice accessories. Sun Youth was very happy to accept its portion of the donation. The clothes we received were valued at $51,822 and will go towards aiding fire victims in the Greater Montreal area. This donation could not have come at a better time as fires tend to spike during the coldest months of the year creating more demand for resources like the ones Le Château is donating.

Sun Youth has been caring for people affected by fires, floods, unsanitary conditions and other emergency situations within the City of Montreal since the 1970’s. In 2008, Sun Youth signed a service agreement with the City of Montreal, in collaboration with the Montreal Fire Department, the Canadian Red Cross and the Office municipal d’habitation de Montréal.

Sun Youth would like to extend its gratitude to everyone who took part in this five-day event and foremost Le Château and Mr. Segal for this amazing initiative. 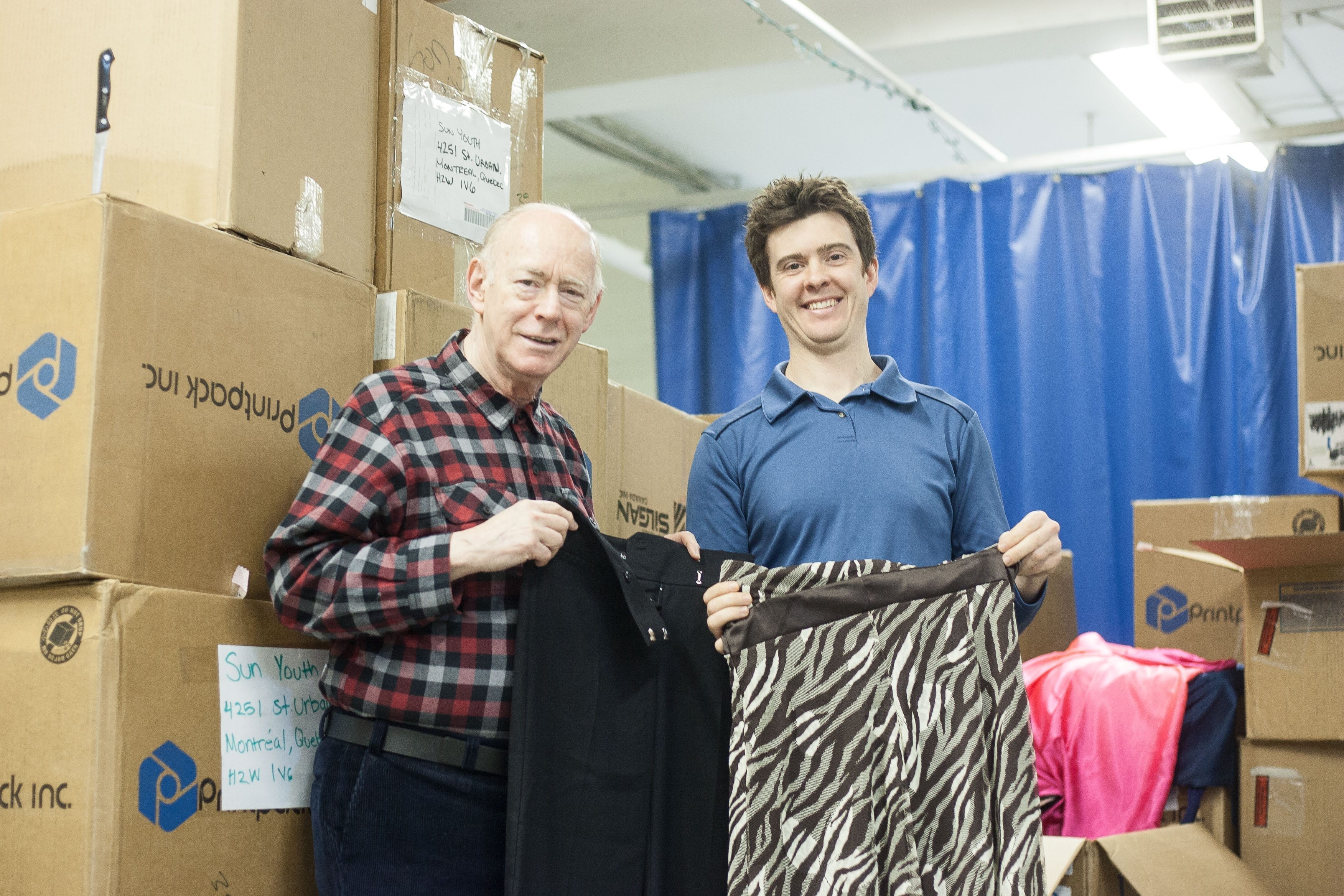 (photo right) Sid Stevens and Eric Kingsley from emergency services open donation of new clothes valued at $51,522 that will be used to help fire victims this winter.