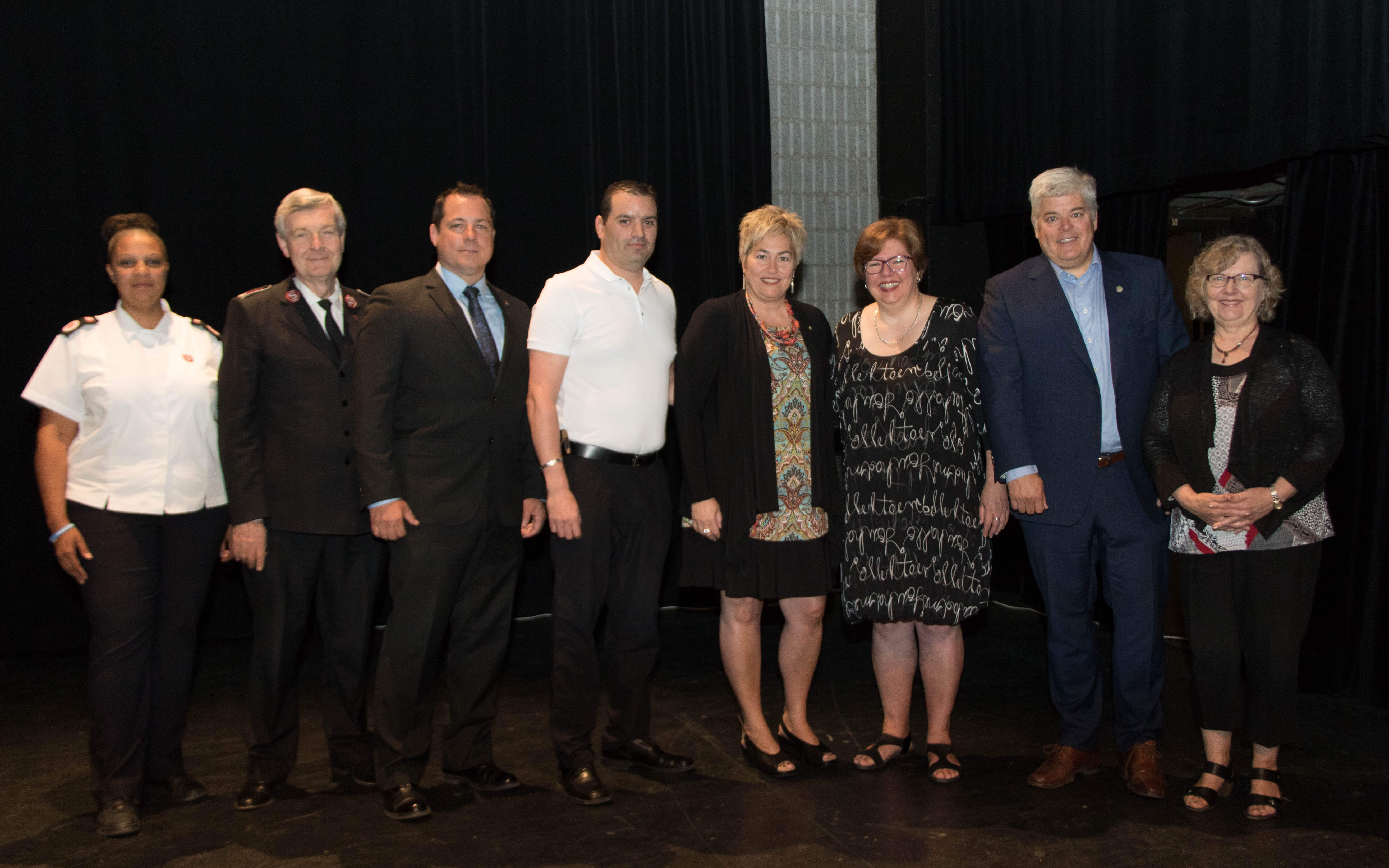 United to Help Those in Need

United to Help Those in Need

On June 15th, 2017, many organizations gathered for the signature of the agreement on emergency measures.

On June 15th, 2017, a conference by the Regroupement des organismes humanitaires et communautaires pour les mesures d’urgence à Montréal (ROHCMUM) was held at l’Université du Québec à Montréal, where many organizations such as Sun Youth gathered for the signature of the agreement on emergency measures with the City of Montreal’s Centre de sécurité civile.

In 1999, Sun Youth took part in the creation of what has become the ROHCMUM (Regroupement des organismes humanitaires et communautaires pour les mesures d’urgence à Montréal), an organization aimed at improving community organizations’ state of readiness should emergency measures be declared in Montreal.

Since the mid-1990s, we have responded to major disasters affecting populations by helping the victims meet their essential needs. This was the case during the floods that occurred in the Saguenay region in 1996 and in Manitoba in 1997, during the Ice Storm of 1998 and during the conflict in Lebanon and the earthquake that struck Haiti in 2010 where Canadian nationals were helped to return home. We bring help in a variety of ways: by transporting victims to hotels, getting them food, new clothing, medication, diapers, restaurant vouchers, public transport fares and/or taxi coupons.

Recently, our organization assisted many people during the floods that affected the West of Montreal, especially in Pierrefonds. We arranged for transportation so that people could go to work, to school, etc. Flood victims were also helped clearing out their damaged homes. When a ten-floor condominium building was out of electricity, our volunteers were at the scene, carrying the residents’ personal belongings out of the condos despite the absence of light and the non-functioning elevators. A total of 27 condo units were cleared out. Through our emergency services, we were also able to meet victims’ special needs. For example, an elderly man who needed to test his blood pressure twice daily lost his pressure monitor during the flood and was left helpless.  Fortunately, Sun Youth was able to buy him a new one. Our organization also paid medication bills for many flood victims.

We were able to count on the renewed support of partners such as Des Sources Dodge Chrysler, who lent us two minivans in order to provide transportation for victims.