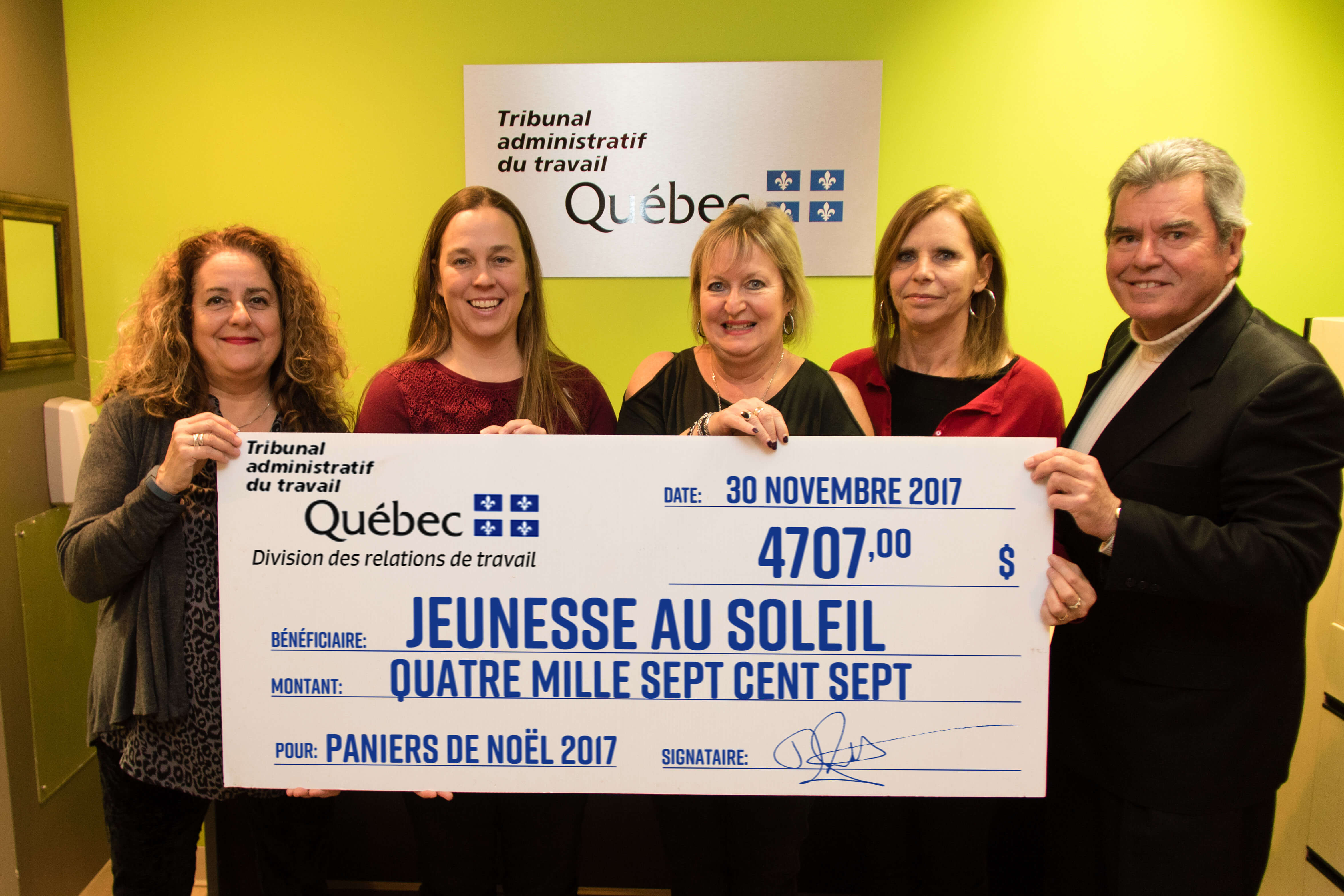 Once again, the Tribunal administratif du travail has renewed its support towards Sun Youth.

Since its foundation, Sun Youth has provided ongoing support and financial assistance to individuals and low-income families. Fortunately, the organization benefits from the support of partners such as the Tribunal administratif du travail – division relations de travail (TAT).

Over the last 27 years (first through the Commission des relations du travail and since January 2016 as the Tribunal administratif du travail), they have proven to be one of Sun Youth’s most loyal donors. Its support was once again renewed on November 30th, 2017, when representatives of the Tribunal administratif du travail – division relations de travail, presented their 27th annual contribution, $4,707, to help the organization during the Christmas Basket distribution.

For over three decades, Sun Youth’s Holiday Campaign has not only been essential for the success of the Christmas Basket distribution, but it has also allowed the organization to be able to support its clientele during the first three months of the year, a crucial and difficult period for low-income families. This year, some 12,000 people, including 500 with reduced mobility and more than 4,000 families received food for the Holidays and new toys for their children aged 12 and under.

Sun Youth would like to thank the Tribunal administratif du travail, division relations de travail for their solidarity towards the organization. Their commitment continues to make a difference by contributing to the well-being of the community throughout Montreal and Quebec.