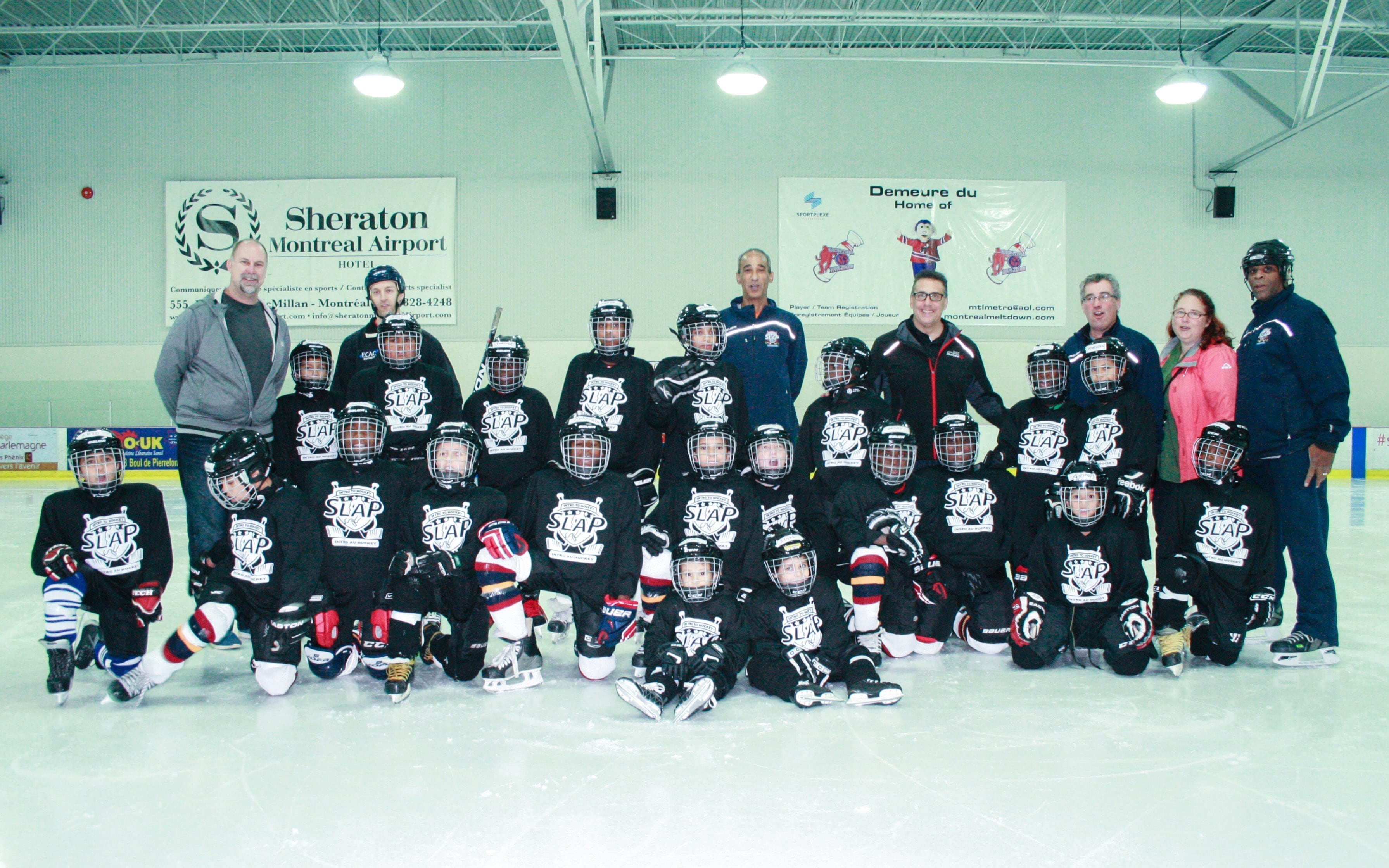 For the first time, 24 kids laced up their skates and jumped on the ice of Pierrefonds Sportplexe.

The mission of this program is to introduce children to the fundamentals of the sport. The participants are first taught basic skating skills and eventually progress to proficiency in team concepts. The objective is to provide the children with a positive, enjoyable and safe experience. The young players, aged between 5 and 13 years old, evolve in a structured and non stressful environment under the supervision of volunteer coaches to help them eventually join the Minor Hockey Federation.

The SLAP Hockey program has expanded and now also takes place at the Sportplexe in Pierrefonds. On October 22nd, for the first time in their lives, 24 kids laced up their skates and jumped on the ice of Pierrefonds Sportplexe. This event followed the very successful hockey equipment collect from two weeks prior at that same location. To complement the new or gently used equipment collected on that day, Customer Service Officer, Mr. Johnny Ioffredi brought in a donation from the TD Bank .

The expansion of the SLAP program to Pierrefonds would not have been possible without the support of its Mayor and City Councillor, Mr. Dimitrios (Jim) Beis, and the City of Montreal who were able to provide the program with the much needed and coveted ice time at the arena. From personal experience, Mr. Beis strongly believes in the virtues of sports in social inclusion as well as all the health benefits it provides. The SLAP program also blends in well with the City of Montreal’s new youth policy.

Hockey was one of the first team sports organized by Sun Youth.  In the 1950’s, municipal arenas did not exist so the youngsters played hockey on an outdoor rink at Jeanne-Mance Park. Back then, the organization could rely on the community’s generosity to support its Youth programs and luckily, things haven’t change. Sun Youth wishes to convey its gratitude to all the donors and volunteers who offer the organization their support and especially the Ligue Fédérale des As, which made a substantial donation of $5,200 to the program.