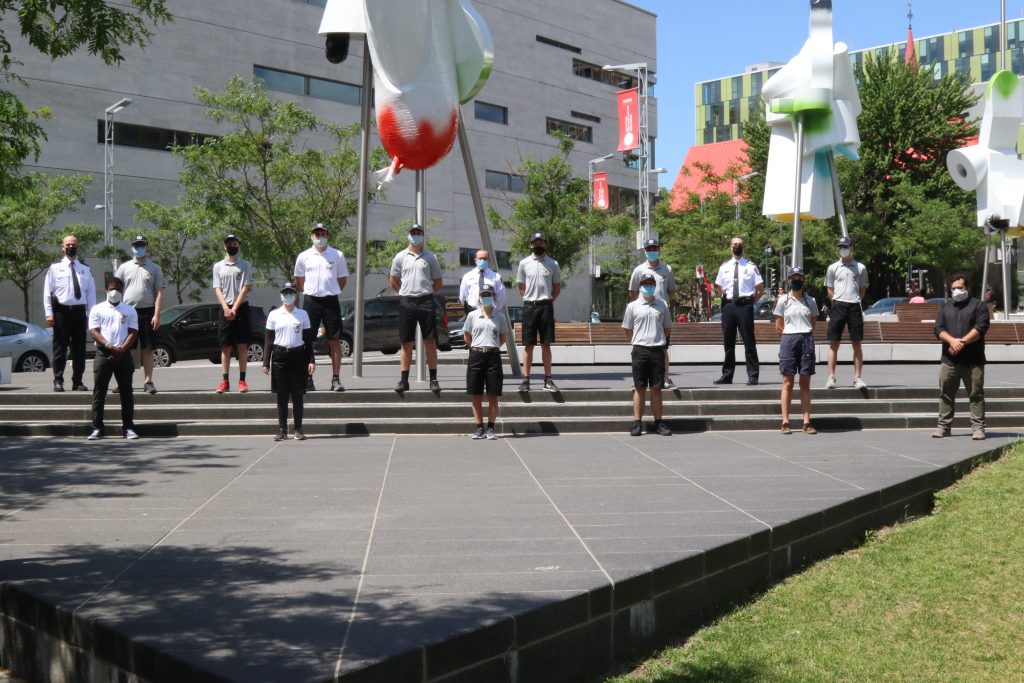 Another year begins for the Sun Youth Bike Patrollers, where they will work in partnership with the Montreal Police (SPVM) and will be present throughout the summer, on streets, bike paths, parks and playground, emphasizing and promoting a sense of safety and community in the public spaces of the Greater Montreal Area that we all love to frequent on a regular basis.

On June 10th, 12 patrollers were officially sworn in by Montreal Police Deputy Director Vincent Richer. The team will also include two teens on patrol. This year our patrollers, led by David Dieujuste, will be deployed into 8 Neighborhood Police Stations all over Montreal 5 days a week. Equipped with first aid kit and walkie-talkies, the presence of our bike patrol on streets, bike paths, parks and playground will have as a job to help the people in need and as an objective to accentuate and deepen a sense of safety and community for the population of Montreal. Our patrollers represent a diverse group of young people who all have in common the desire to work hard at bettering their community. All our patrollers are trained in first aid and other public safety skills. Our patrollers will also deliver different seminars on public and bicycle safety throughout the summer. They will also be a presence at festivals, community events and fundraisers for local organizations.

Also during the ceremony, the SPVM paid tribute to Lieutenant Daniel Théoret for 20 years of training our Bike Patrol year after year. 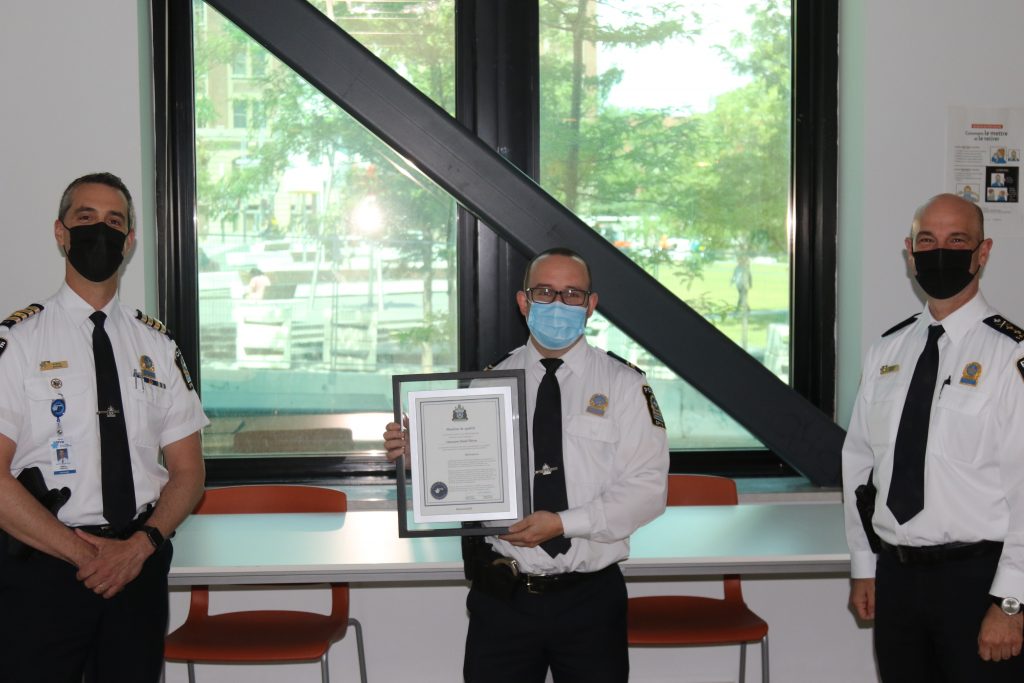 Now if you see Sun youth’s bike patrol on the road, or in a park close to your home, do not hesitate to greet them, talk with them and if necessary ask for their help. Our patrol wishes all a pleasant and safe summer!