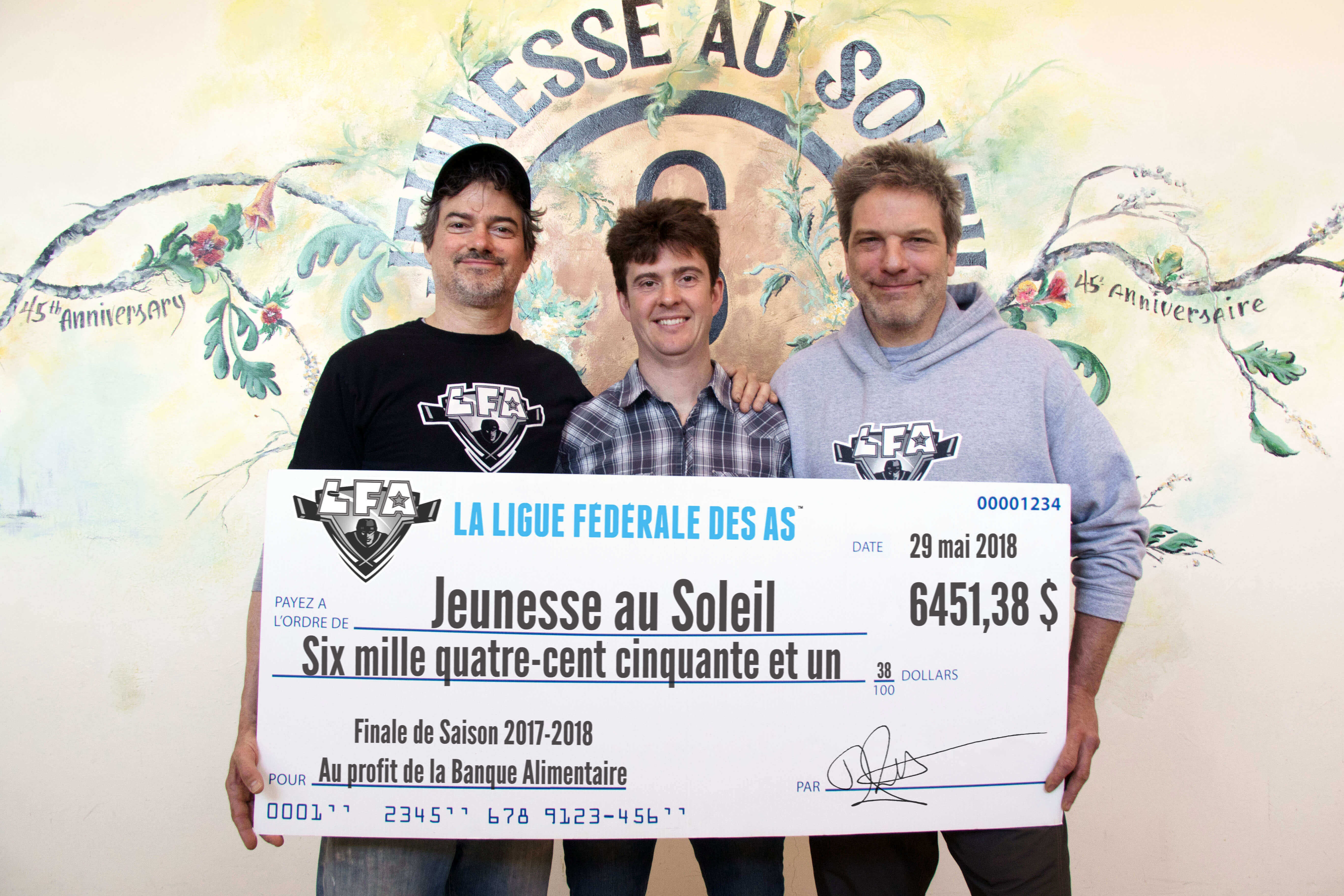 On May 4th la Ligue Fédérale des As (LFA) held its annual 2017-2018 Final Championship Game at the Collège Notre-Dame Arena. Thanks to the combined efforts of participants, players and organizers, close to $6,500 were raised for Sun Youth’s Food Bank.

These funds will be used to purchase perishable and non-perishable food for the emergency food bank, which annually provides nearly 29,000 food hampers to people in need. 39% of the food bank’s users are youngsters under 18 years old. Of this number, 80% are children under 10 years of age. Donor support is essential in maintaining this service, for the welfare of beneficiaries and for the proper development of the youngest among them.

Beyond its mission to offer the ultimate adult hockey experience for all its members, the LFA also plays an important role in social engagement, particularly with Sun Youth. In recent years, the league has supported various programs, raising more than $ 30,000 for the organization. Not only does the LFA help raise funds and food for the organization’s food bank, it also plays a leading role in raising awareness of food insecurity, poverty and social exclusion.

Sun Youth’s Board of Directors, management, staff and volunteers wish to thank everyone involved in the LFA’s 2017-2018 Final Championship Game for bringing such a nice contribution to the organization. On behalf of the thousands users of the Food Band who will benefit from this generosity, thank you for making a significant difference in their lives!