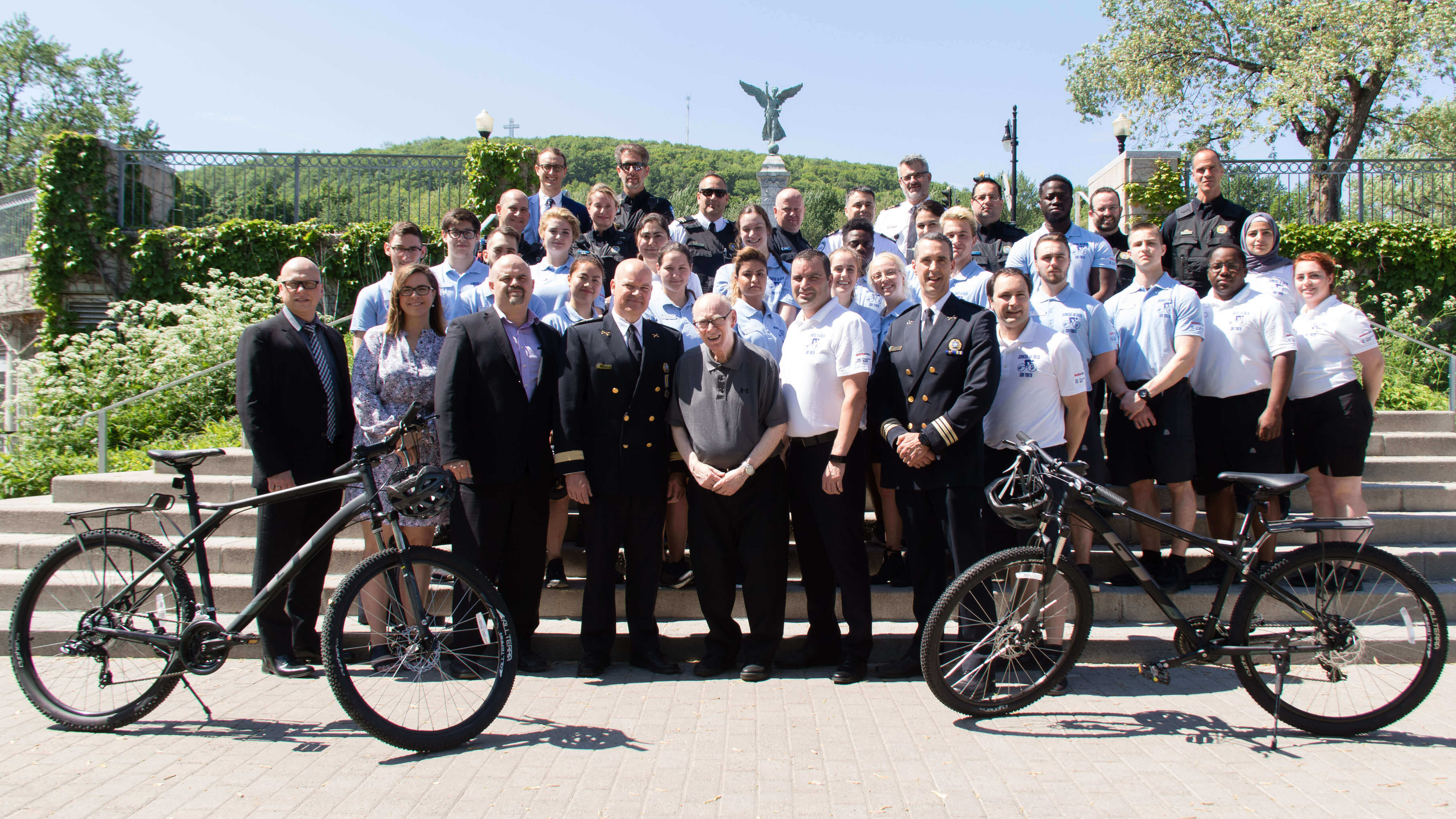 The Bike Patrol will be emphasizing a sense of safety in the public spaces of the Greater Montreal area.

For the 34th consecutive year, the Sun Youth Bike Patrol will act as the eyes and ears of the Montreal Police and will be present, throughout the summer, on streets, bike paths, parks and playgrounds, emphasizing a sense of safety and community in the public spaces of the Greater Montreal area.

On May 31st, 20 patrollers were officially sworn in by Montreal Police Assistant Director Dominic Harvey. This year, they will be assigned to 9 Neighborhood Police Stations all over the Montreal Island for a period of 10 weeks, starting on June 4th and finishing on August 10th, 2018. The Bike Patrol’s presence on streets and bike paths and in parks and playgrounds of the Greater Montreal will emphasize a sense of safety and community. Speaking 12 different languages, this is a diverse group of young people who have an uncommon desire to work hard at bettering their community. Trained in first aid and other public safety skills, the patrollers will also deliver different seminars on public and bicycle safety, and will be a presence at festivals, community events, and fundraisers for local organizations throughout the summer. Wherever they are, they will act as the eyes and ears of the Montreal Police.

The 34th Edition of the Bike Patrol is made possible by the Federal Government and NDP MP for Outremont Thomas Mulcair, as well as the Quebec Ministry of Public Security and Jacques Chagnon, President of the National Assembly. Local businesses also make an indispensable contribution to the Bike Patrol, including Dorel Industries, who supply the durable mountain bikes used by Sun Youth’s patrollers throughout the summer and GardaWorld and Bolo Program, who generously provided this year’s uniform. Additionally, Toyota Gabriel General Director Nazih Chemali will provide the patrol with an administrative vehicle. The Sun Youth Bike Patrol is also made possible by financial support from the Gustav Levinschi Foundation.