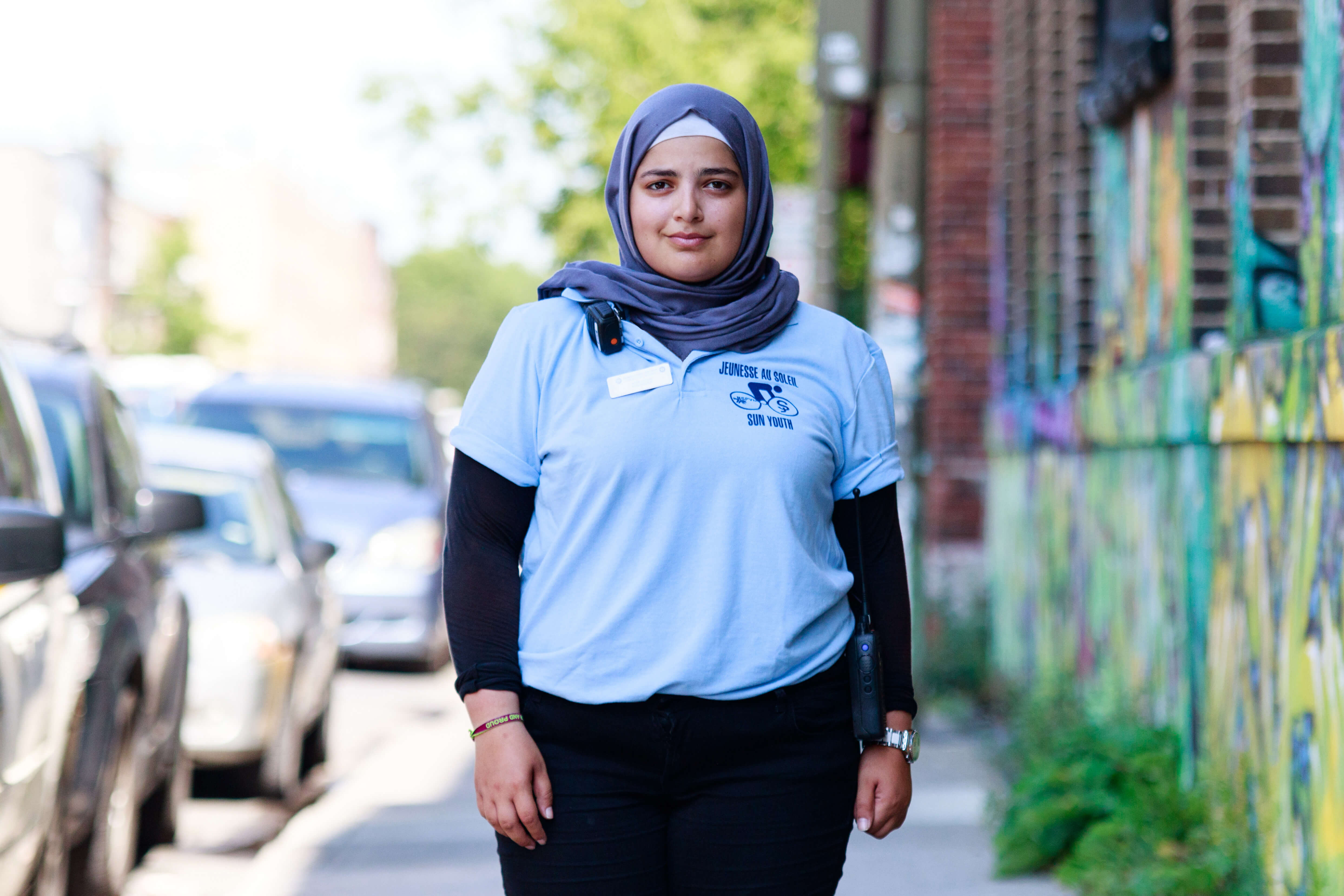 Sun Youth’s staff and volunteers now form a real cultural mosaic with people from all around world all working together.

The cultural landscape of Sun Youth has kept pace with that of the city of Montreal since the founding of the organization in 1954.

This story takes place on the Saint-Laurent Boulevard, known then as “The Main”. For a long time, this important artery served as the midpoint between the East and West of the city, separating Francophones in the East and Anglophones in the West. In the middle were the immigrant populations, largely from Eastern Europe and especially Jewish people. The latter settled on the outskirts of the Main, first in the South, where Montreal’s Chinatown now stands, and then migrated northward, forming the Jewish Quarter of Montreal with Clark Street, Parc Avenue, De l’Esplanade and of course, Saint-Laurent Boulevard as its main axis. The predominant language was Yiddish, which was spoken in the numerous clothing factories bordering the Main, the principal industry of this working-class quarter.

Sun Youth, whose building is currently located in this area, witnessed the demographic changes that followed. The organization was founded by a group of friends, the majority of whom were of Jewish descent. These disadvantaged youths all lived in the neighbourhood, near Clark Street. The difficult economic situation of their parents and the lack of sports and recreation activities available to them locally encouraged them to establish their own social club and to ensure its financing by the creation of a hand-written community newspaper, The “Clark Street Sun”.

In the middle of the 20th century, many Jews left the neighbourhood, replaced by a strong wave of Portuguese immigration, creating the Portuguese Quarter of Montreal. At the same time, Italian immigrants formed Little Italy a bit farther north of Saint-Laurent and Montrealers of Greek origin established businesses along Parc Avenue. These new communities in the vicinity came to enrich the ranks of Sun Youth, the cultural diversity within the members of the organization growing tremendously.

Since 1980, the organization is housed in the former Baron-Byng High School building on Saint-Urbain Street, between Rachel and Marie-Anne. Then solely known as “The Sun Youth Organization”, the organization adopted its French name, “Jeunesse au Soleil”, reflecting an increase in immigration from Francophone countries and a the growth of French-speaking populations in Montreal.

The organization’s staff and volunteers now form a real cultural mosaic with people from North, Center and South America, Europe, Asia and Africa all working together. Whether Jewish, Catholic, Muslim or otherwise, all have a common desire to help others. This diversity and this openness to others represent the city that has become Montreal over the last 375 years.

Five months ago, Nour Utayim left Syria to settle in Quebec. Since then, she has joined the large family of Sun Youth as a bike patroller. This is her very first job in Quebec.