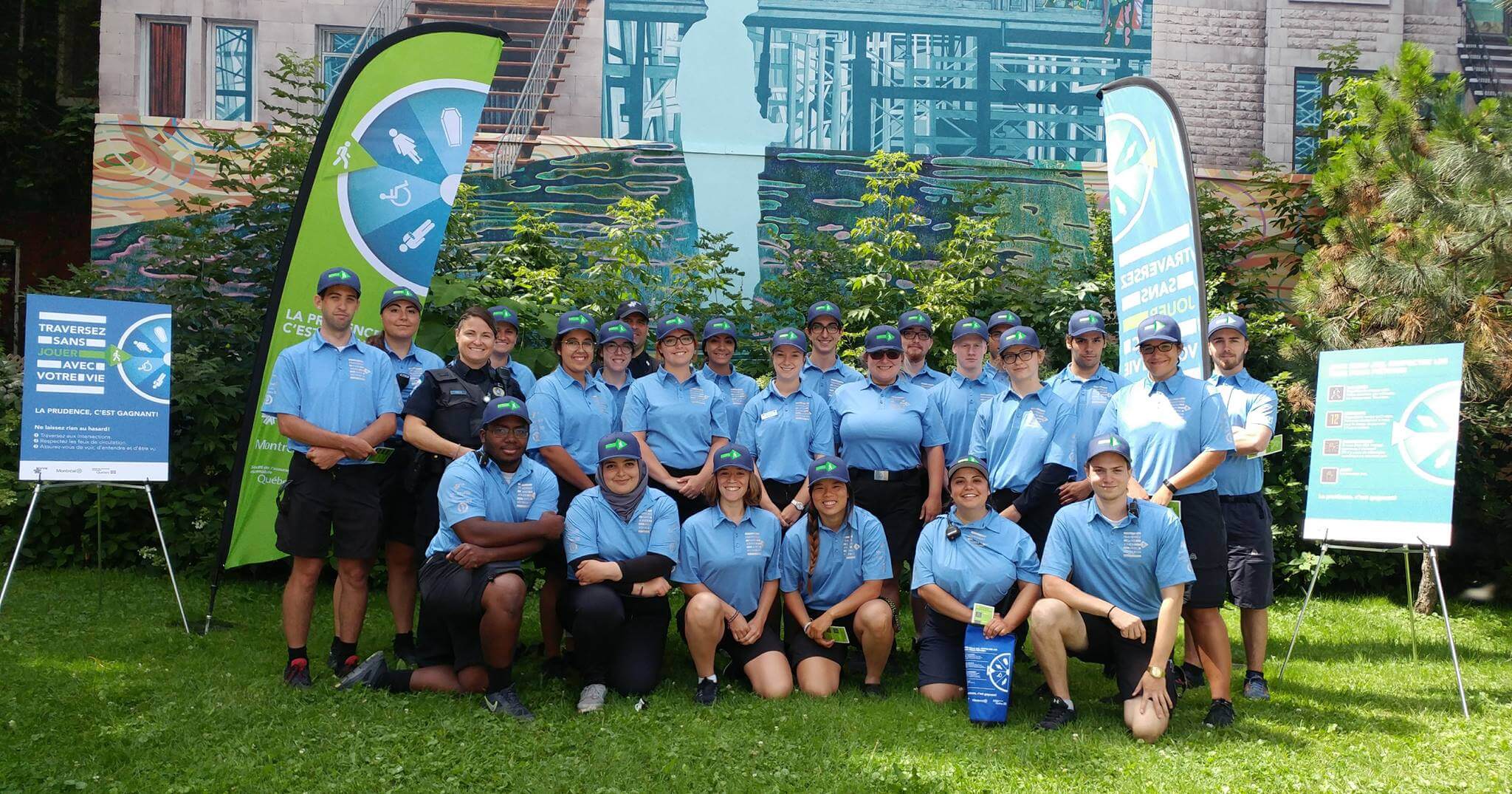 An Initiative to Help Seniors

An Initiative to Help Seniors

The SPVM used 24 of Sun Youth’s bike patrollers to help with its awareness campaign for senior pedestrians.

From June to August, Sun Youth Bike patrollers acted as the eyes and ears of the Montreal Police and were present on streets, bike paths, parks and playgrounds, emphasizing a sense of safety and community in the public spaces of the Greater Montreal area.

One of Sun Youth’s roles is to support some of the society’s most vulnerable clienteles, and the Bike Patrol is an extension of that initiative. This year’s team was composed of 21 young adults and 6 teenagers who ensured the well-being of the community, including the senior citizens.

On July 25th 2017, the patrollers took part in a press conference where the Montreal Police Service (SPVM), in collaboration with the Société de l’assurance automobile du Québec (SAAQ), launched a campaign to raise awareness for senior pedestrians. According to the SPVM, since the beginning of 2017, nearly 50% of all fatal collision victims in Montreal were pedestrians aged 55 and over. The aim of this initiative is to make pedestrians aware of the behaviors to be adopted in order to identify the various potential risks of circulation. So as to inform them on road safety, the SPVM used 24 of Sun Youth’s bike patrollers to help with the initiative. During the following weeks, the patrollers met pedestrians to talk with them and provide advice on the Highway Safety Code. The topics discussed were road signs, traffic rules, distance to be traveled and visual contact with drivers.

Sun Youth is proud to be part of this awareness campaign and would like to remind all pedestrians that they are not alone on the road. To find out tips on how to stay safe as a pedestrian, visit the SAAQ website.

24 of Sun Youth bike patrollers who were part of the SPVM awareness campaign for senior pedestrians. Our patrollers ensured the well-being of the community by raising awareness on road safety to pedestrians. Photo Credit : Iryna Machulina.