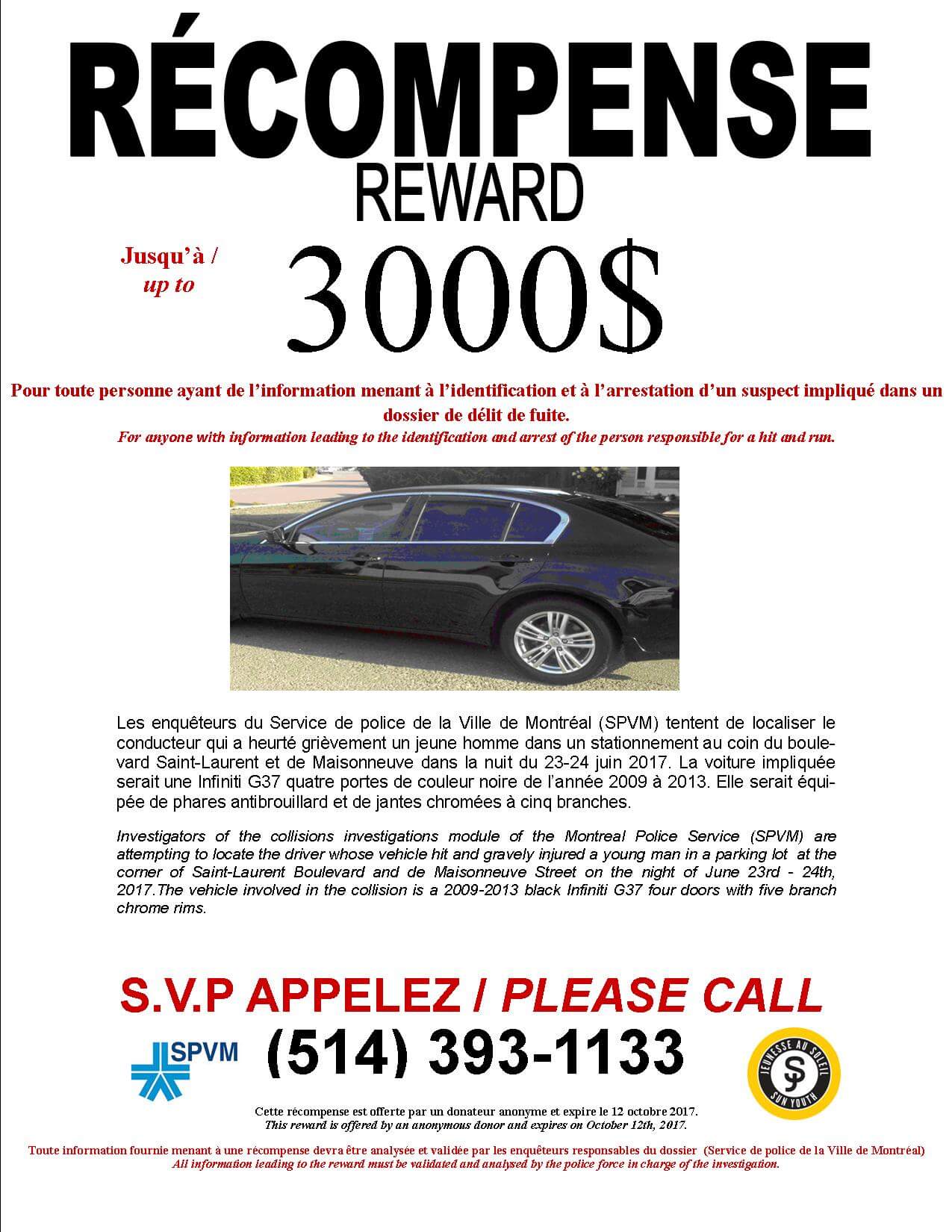 The SPVM is seeking the population’s help!

The SPVM is seeking the population’s help!

A $3,000 reward is offered through Sun Youth Organization to find the driver responsible for a hit-and-run.

Investigators of the collisions investigations module of the Montreal Police Service (SPVM) are attempting to locate the driver responsible for a hit and run that gravely injured an American tourist. Thus, a reward that could go up to $3,000 is offered through Sun Youth to anyone with information leading to the arrest of the suspect. The reward terminates on October 12th 2017.

On the night of June 23rd-24th, 2017, the SPVM received a call about an unconscious man in a parking lot on the corner of Saint-Laurent Boulevard and de Maisonneuve Street. Upon arrival, the police officers discovered the young man, Zachary Zelinsky, with severe head injuries. Outdoor surveillance cameras helped the police identify the car involved in the collision. The suspect was driving a 2009-2013 black four-door Infiniti G37 with fog lights and 5 spoke chrome wheels.

Created in 1991, Sun Youth’s rewards program carries on thanks to a steady partnership with the City of Montreal Police Department (SPVM). Since then, other police forces have joined this Sun Youth program: the Quebec Provincial Police in 2009 (Sûreté du Québec), the City of Laval Police Department in 2011, the Longueuil Police Department in 2012 and the OPP (Ontario Provincial Police) in 2014. In 2015, Sun Youth signed an agreement with its 6th police force, the Service de police de la Ville de Québec (SPVQ). Since 1991, Sun Youth’s rewards program has helped solve 26 criminal investigations and cases of missing persons corresponding to 27% of all investigations for which a cash reward was offered. As of January 1st, 2017, the rewards granted amounted to $100,000.