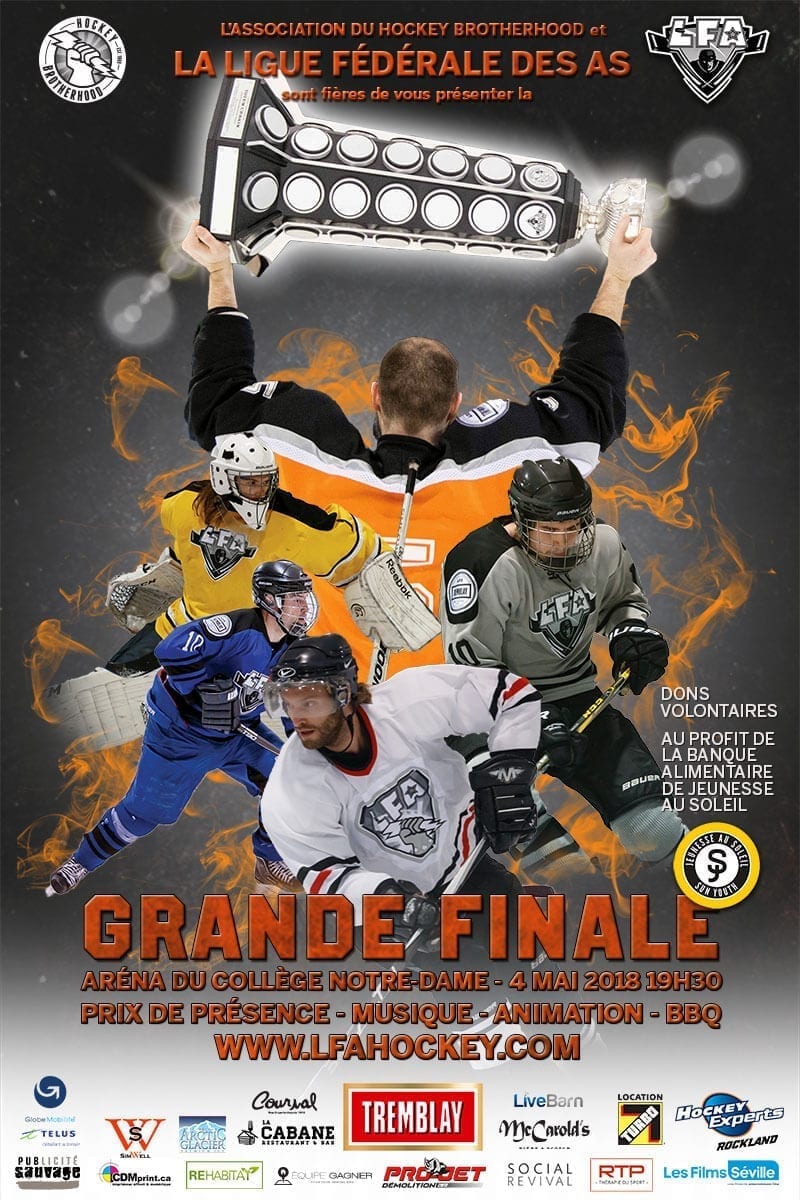 Get Your Spring Dose of Hockey!

Get Your Spring Dose of Hockey!

The LFA invites you to its traditional season’s Grand Finale on May 4 in support of the Sun Youth Food Bank.

For another year,the Ligue Fédérale des As (LFA), a leader in adult ice hockey in Quebec, invites you to its traditional season’s Grand Finale on May 4, 7:30 pm, at Arena Collège Notre-Dame. This event is an opportunity to attend high-level hockey game in a fun family atmosphere while contributing to Sun Youth’s Food Bank.

Sun Youth has been working in food security since the 1950s. Following the 1981 recession, the organization opened the first Food Bank in Quebec. Designed to meet emergency needs, this service ensures low-income families and individuals in precarious situations have access to food and other basic products. The food bank includes emergency food baskets, monthly food supplements intended for those with special needs such as seniors, pregnant women and individuals with HIV. Annually, Sun Youth distributes close to 27,500 food baskets to more than 15,000 people. Over one third of its food bank users are children under 18 years old. They alone represent 27%. These figures confirms that the organization is fulfilling an essential role in food aid in Montreal.

The LFA, founded in 2013 in partnership with the Brotherhood Hockey Association (which was created in 1999), offers incomparable hockey and much more. On top of its ambition to become the reference for adult hockey in the province of Quebec, it also has an important social role to play in the local community. Over the years, the LFA and the Hockey Brotherhood Association have supported various programs at Sun Youth and helped raise over $ 25,000 for the organization.

You too can contribute to Sun Youth, thus helping to ensure the organization’s sustainability for the benefit of the community, by organizing sports activities or fundraising events. There are different and fun ways to make a difference!