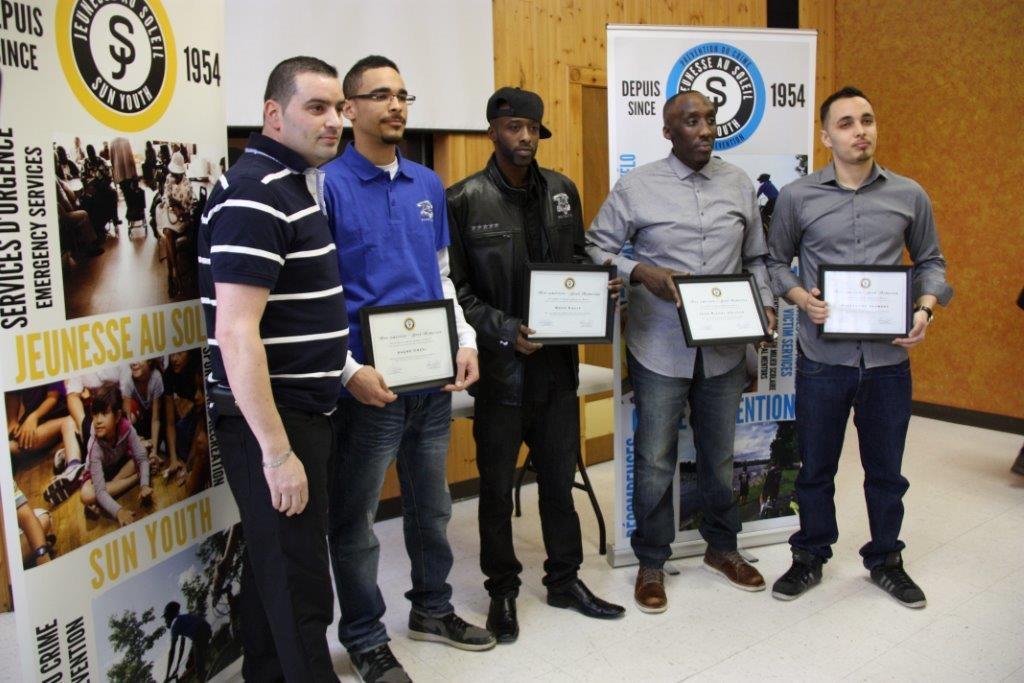 A group of good Samaritans were rewarded for saving a life in Jarry metro.

On March 12th 2015 shortly before midnight, a woman was laying unconscious between the rails of the Jarry metro station. Seeing her in this position, a group of good Samaritans quickly went to her rescue. Jumping down on the tracks without stepping on the electrified rails, they were able to get her out of harm’s way before the metro came into the station. With the assistance of the people around, they got the woman suffering from a head injury back on the platform. In recognition of their act of bravery, Sun Youth honoured these individuals as part of its Good Samaritan program.

The ceremony was an opportunity to remind commuters that there is a device that can turn off the power of the metro line located on each dock.

Rewarding citizens for their courage and solidarity fosters altruism and develops mutual care. This ceremony brought to 62 the number of people recognized through Sun Youth’s Good Samaritan program since it began in 2001.

A group of four young men were honoured for saving the life of a woman that fell on the Jarry metro tracks in a ceremony held at Sun Youth on March 26 2015. André Creel, Jean-Michel Gélinas, Bouh Kalif and Alejandro Joubert, were each rewarded with a commemorative plaque and with a gift certificate for the store of their choice.