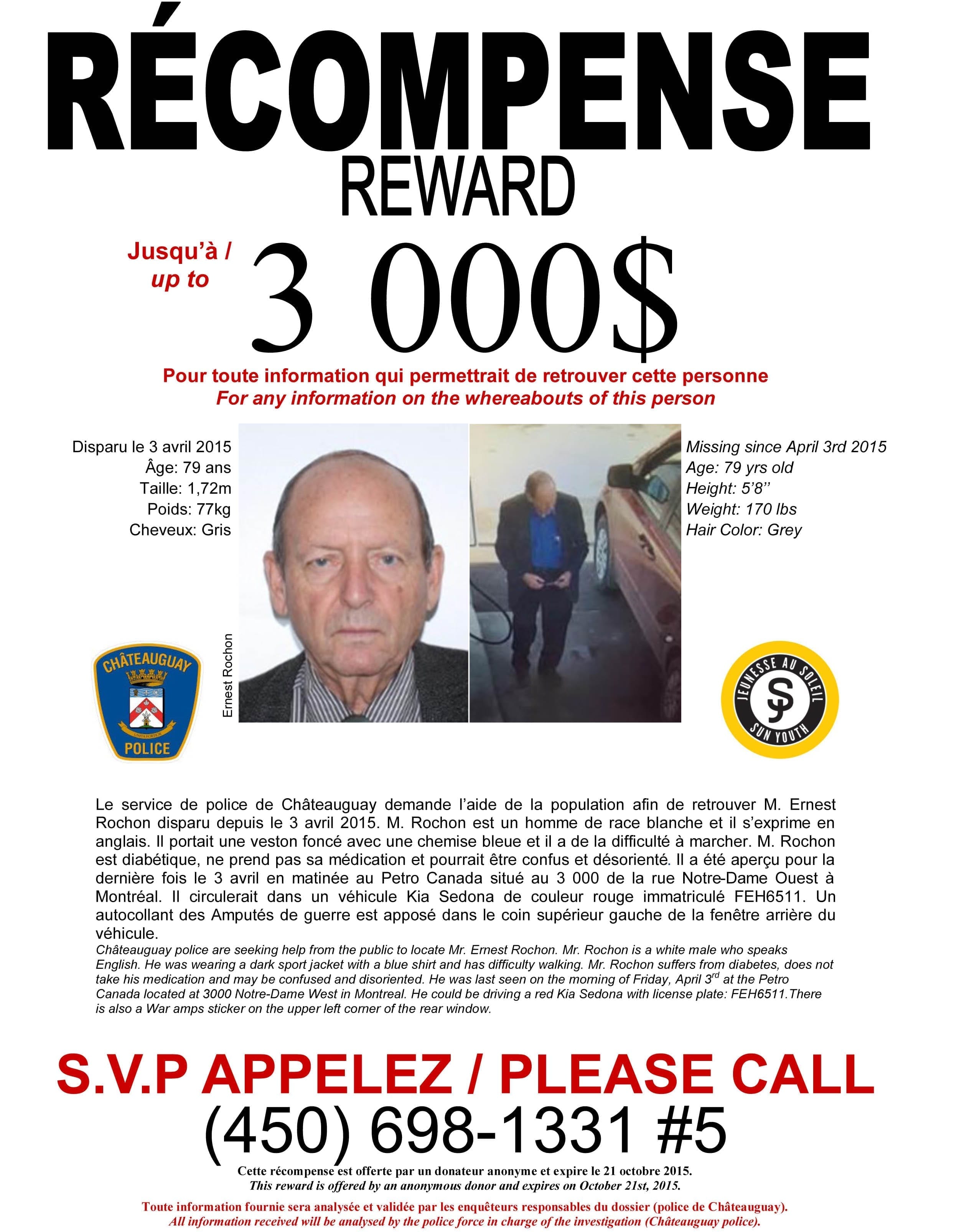 A $3,000 reward is offered for information leading to the whereabouts of Ernest Rochon.

Mr. Ernest Rochon is a white male who speaks English. He is 1m72 tall and weighs approximately 77kg. He was wearing a dark sport jacket with a blue shirt and has difficulty walking. Mr. Rochon suffers from diabetes, does not take his medication and may be confused and disoriented. He could be driving a red Kia Sedona with license plate: FEH6511.There is also a War amps sticker on the upper left corner of the rear window.

If you see this man, please call 911. Any information on his whereabouts can be transmitted to Detective Isabelle Poirier at (450)698-3208. All information given will be analysed and validated by the Châteauguay police detectives.

A $3,000 reward is offered  by an anonymous donor from Sun Youth for information leading to the whereabouts of 79 year-old Ernest Rochon. He left his house in Châteauguay on April 3rd 2015 and was last seen at 10:45am at a Pétro-Canada gas station on Notre-Dame west (3000) in Montreal.