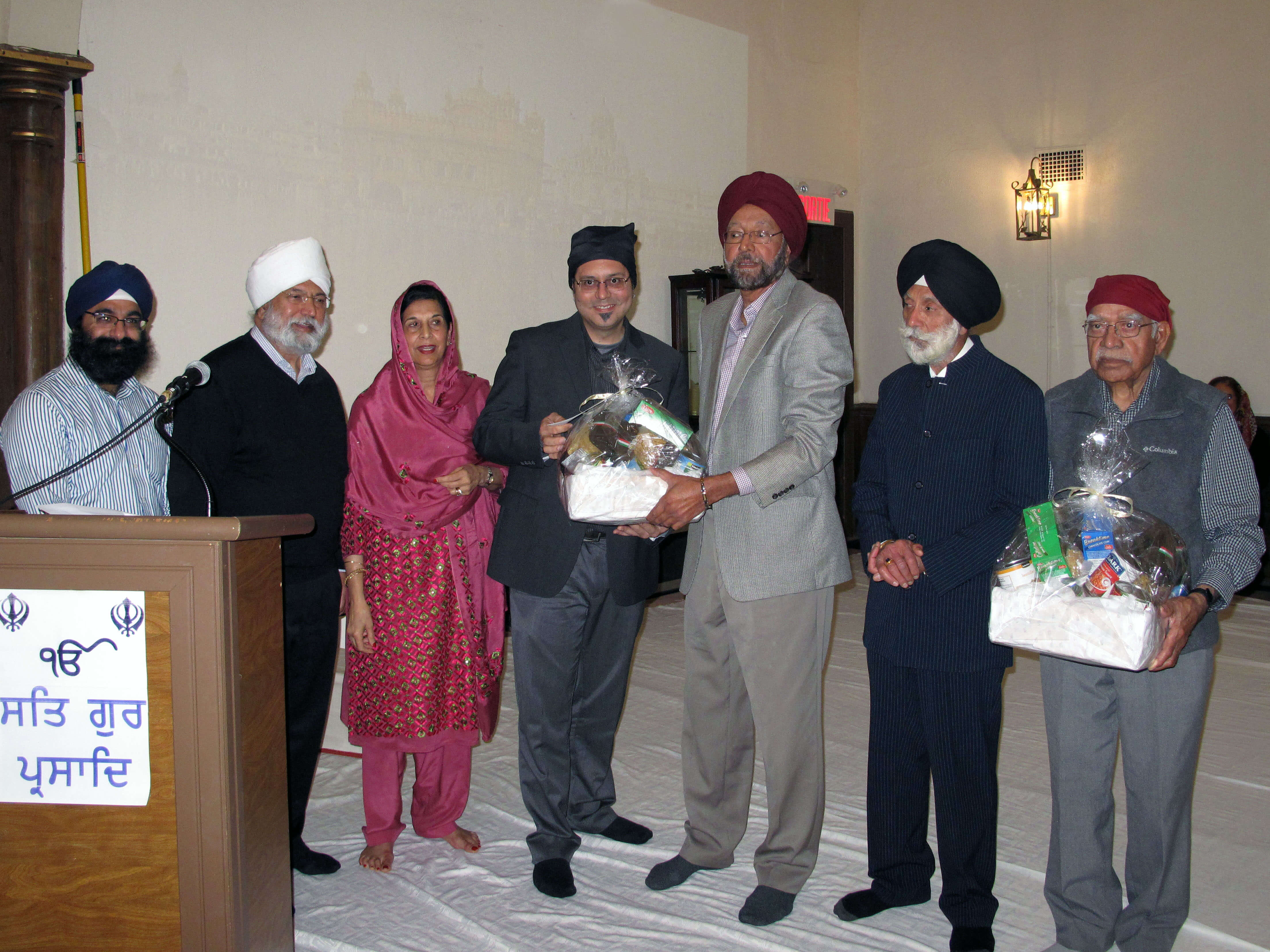 The Sikh community donated 3 500$ which will go towards buying food for Sun Youth’s Holiday basket campaign.

This year, members of the Gurudwara Quebec of Montreal shared their traditional vegetarian lunch called Langar. During this special occasion, the Montreal Sikh community presented to Sun Youth’s representative, Nicolas Carpentier, their annual donation of $3,500 and a food hamper, symbolizing their constant support for the past 30 years. This contribution by the Gurudwara Sahib Quebec Temple will go towards buying food for Sun Youth’s Holiday basket campaign.”Even though the temple is going through a difficult time this year, we are still there to help Sun Youth“, explained Jagdish Singh Sidhu, Gurudwara Sahib Quebec’s secretary general. The congregation also made a donation to the Share the Warmth local community group.

The population is also invited every Sunday to take part in the weekly Langar in a warm and welcome atmosphere. Although admission is free, a voluntary contribution is always greatly appreciated.

The traditional Langar meal was started by Guru Nanak when he was only twelve years old. In order to teach him the ethics of sharing, his father gave him twenty rupees to start his business, but Guru Nanak decided instead to use the money to feed the less fortunate. At a very young age, he had revealed his true vocation to his reluctant father and fifteen years later he founded Sikhism.

In addition, Guru Nanak’s teachings remind us the importance of sharing with the less fortunate just like Sun Youth has been doing for the last 63 years. Sun Youth wishes to thank the members of the Greater Montreal Sikh community for their constant support throughout the years.