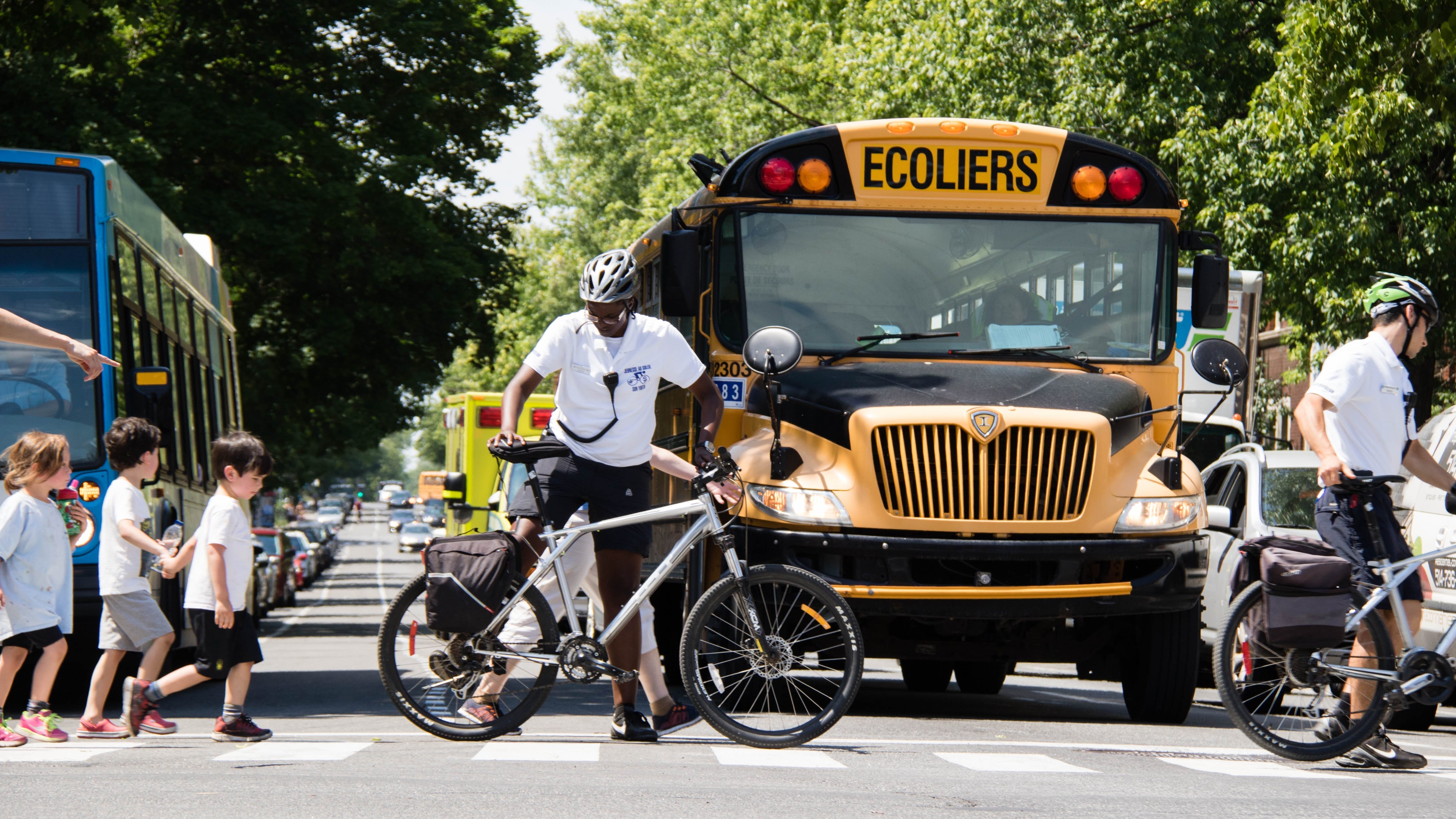 Sun Youth made the community safer once again this summer.

The Sun Youth Bike Patrol made a strong comeback this summer for its 32nd edition. This year’s team was composed of 20 young adults and 4 teenagers who were trained in first aid working in collaboration with police officers from 9 local police stations.

As usual during the summer, the dedicated patrollers brought assistance to people who were facing problematic situations. For instance, the team assigned to l’Ile Bizard, Pierrefonds-Roxboro and Sainte-Geneviève reacted rapidly when a collision between a car and a motorcycle occured. They created a security boundary and stayed with the drivers until the emergency services arrived, exercising in this occasion and many others their first aid training.

The safety and the well-being of senior citizens is a priority for the Sun Youth Bike Patrol. On July 27th 2016, in the Pollack residence,the patrollers took part in a conference about abuse and fraud of elderly people, along with police officers from the police station 26. Their goal was to inform our seniors and enable them to recognize fraud attempts and denounce abuses. The Bike Patrol team also spent a lot of quality time with senior citizens. They organized activities such as karaoke, tea tasting and strolls in chinatown for them, which was very appreciated by everyone.

From June to August, the patrollers circulated in streets, on bike paths and in parks. They were the police’s “eyes and ears” and were on the lookout for any kind of infraction. This year, the number of infraction reports emitted to reckless cyclists diminished significantly in comparison with last year’s total: 8093 rather than 13731. For the fifth year in a row, the Sun Youth bike patrollers participated in the Project Numéro SPVM program which has them engraving identification numbers onto cyclists’ bicycles to prevent theft and in case of loss: 439 bikes were engraved! Finally, with the “GéniVélo” program, the Sun Youth Bike Patrol made workshops in elementary schools and held kiosks throughout the city to promote bike safety.

The 32nd Edition of the Bike Patrol was made possible by the Federal Government and Thomas Mulcair, leader of the official opposition, as well as the Quebec Ministry of Public Security and Jacques Chagnon, President of the National Assembly. Local businesses also make an indispensable contribution to the Bike Patrol, including Dorel Industries, who supply the durable mountain bikes used by Sun Youth’s Patrollers throughout the summer. Additionally, Toyota Gabriel and General Director Nazih Chemali provided the patrol with an administrative vehicle. The Sun Youth Bike Patrol was also made possible through the renewed financial support of the Gustav Levinschi Foundation.