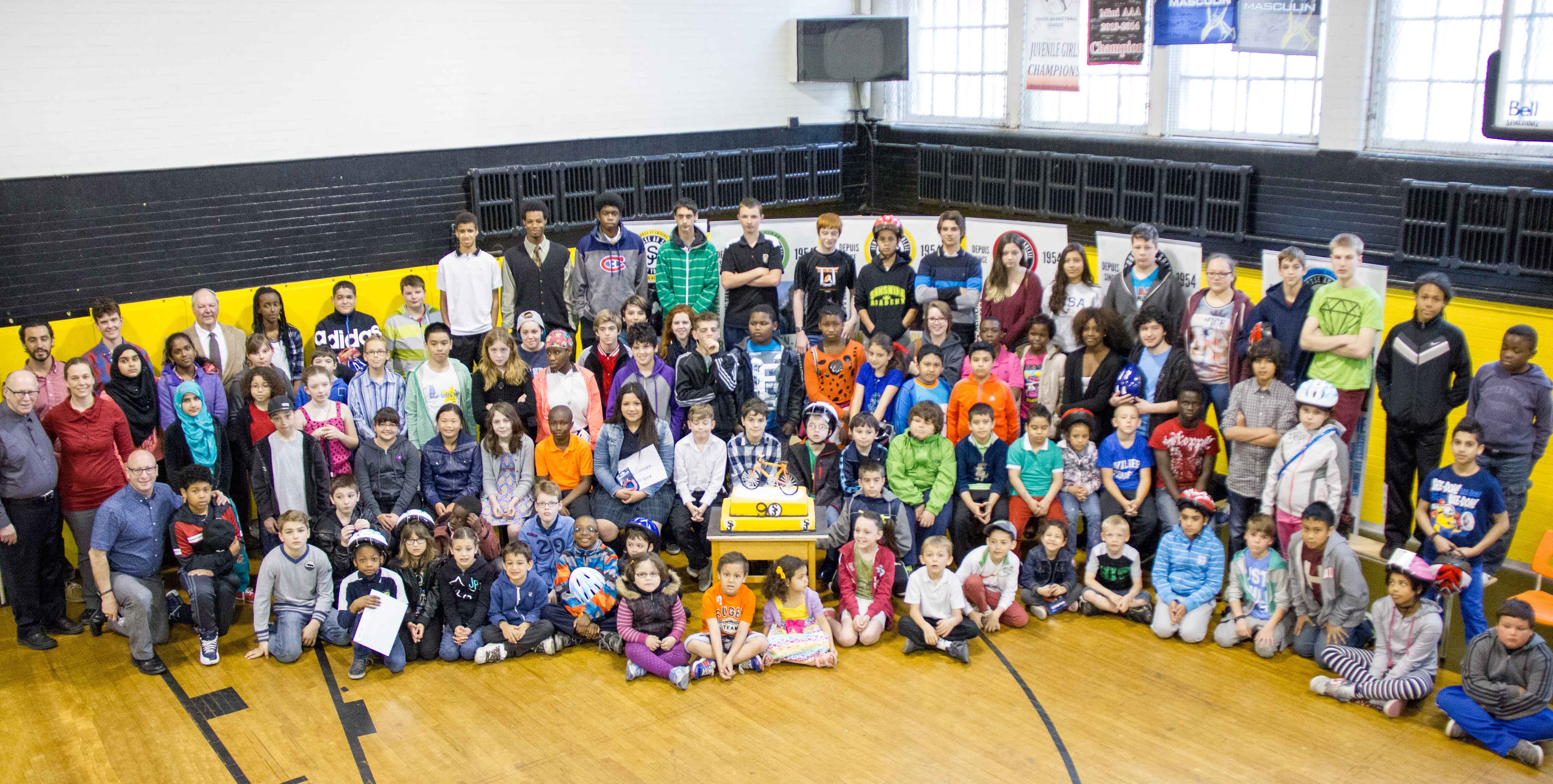 Ninety amazing youngsters whose courage and behavior had a positive impact in their community were rewarded on May 20th during Sun Youth’s 31st Annual Bike Distribution. Every year Mr. Bike Man, an anonymous benefactor, celebrates his birthday by giving away bicycles to deserving children through Sun Youth Organization.

This year was a special celebration as Mr. Bike Man reached the venerable age of 90 years. Sun Youth’s gymnasium was filled with a crowd of 300 people, relatives and friends of the young recipients. To mark the occasion, a giant birthday cake was served at the event, thanks to Les Anges Gourmets bakery, while the generous anonymous donor received the gift he wanted above all: the many smiles of exceptional youths, who are role models for their peers, rewarded with a new bicycle. The organization would like to express its gratitude to Clown Fredolini for providing the entertainment and Canadian Tire Verdun for its outstanding contribution.

For the 2015 giveaway, Sun Youth’s Bike Committee received 330 applications, many of which told wonderful stories about outstanding youths. Amongst these, more than 90 deserving young people were selected and rewarded with a new bike, a safety helmet and a bicycle lock. Whether they saved the life of other people, overcame disabilities, sickness or other difficulties, helped others through volunteer work, prevented bullying or organized fundraisers, these young ambassadors stand as an example for their generation. As is the past few years, the organization also honoured an adult for outstanding community involvement.

The 2015 Excellence Award was presented to former Sun Youth athlete Nicolas Perez, now a volunteer football coach who also participated in the humanitarian assistance in Sierra Leone with Doctors Without Borders to fight against the Ebola virus.  Over the last three decades, no less than 1,400 new bikes have been distributed.

On behalf of all the recipients rewarded, Sun Youth would like to thank Mr. Bike Man for his commitment and exceptional generosity and wish him a happy 90th birthday!