Our Bantams Are Champions

Our Bantams Are Champions

The Hornets finished off the regular season in the Quebec Bantam Football League (QBFL) with a team record of 8-2 and had an extremely difficult road to the Interprovincial Bowl.

The Hornets had to play the only two teams that beat them in the regular season, first the St. Leonard Cougars in the semi-finals and then the St. Bruno Barons in the QBFL finals. The Hornets were able to outlast the Cougars in the semi-finals 31-22 in a game that had several lead changes. The QBFL finals was a revenge game for the Hornets having lost to the Barons in the finals two years previously and in the regular season. The Barons wasted no time scoring a Touchdown (TD) on their first drive going up 7-3, but the Hornets defense was able to hold them to that single score in the first half finishing 7-6. In the second half Hornets receiver #80 Alexis Labossiere Espinal caught a pass running it back 50+ yards for a TD, putting the Hornets up 13-7, but the Barons were to tie it 13-13. In the fourth quarter running back / defensive back (RB / DB) #20 Abdala Traoré took over the game scoring a rushing TD and getting an interception, severely hurting any chance of a Barons comeback, though the Barons were able to make late score to make it 23-20 but with only 36 seconds left the Barons were unable to get the ball back and the Hornets kneeled to end the game.  The MVPS for the QBFL finals from the Hornets were #20 Abdala Traoré and #68 Vladimir Paul.

The Hornets advanced to Interprovincial Bowl against the Kanata Knights from NCAFA (National Capital Amateur Football Association from the Ottawa area), which were held at Carleton University. The Hornets proved to be too powerful for the Knights to compete with, ending in 31-6 win for the Hornets. MVP for that game was QB #5 Eloa Latendresse-Regimbald.

The overall performance by all the Hornets football teams all making the playoffs demonstrates great promise for next year’s season as the coaches will have plenty of talent to work with. Sun Youth would like wish the best of luck to its graduating players, as they move on to the next level. The Sun Youth football coaching staff was recently named the La Presse+ “Personnalité de la semaine” highlighting their volunteer efforts for the season.

Sun Youth has a long football tradition going back to the earliest days of the organization. The motivation that led to the creation of Sun Youth in 1954 was to allow disadvantaged youths residing in the St. Louis district in Montreal to play sports. Today, almost all the young people who attend the organization play sports, either within one of Sun Youth’s sports teams, or at its day camp. Through the years, many former Hornets football and basketball players have made the jump to the college, university and even professional level. 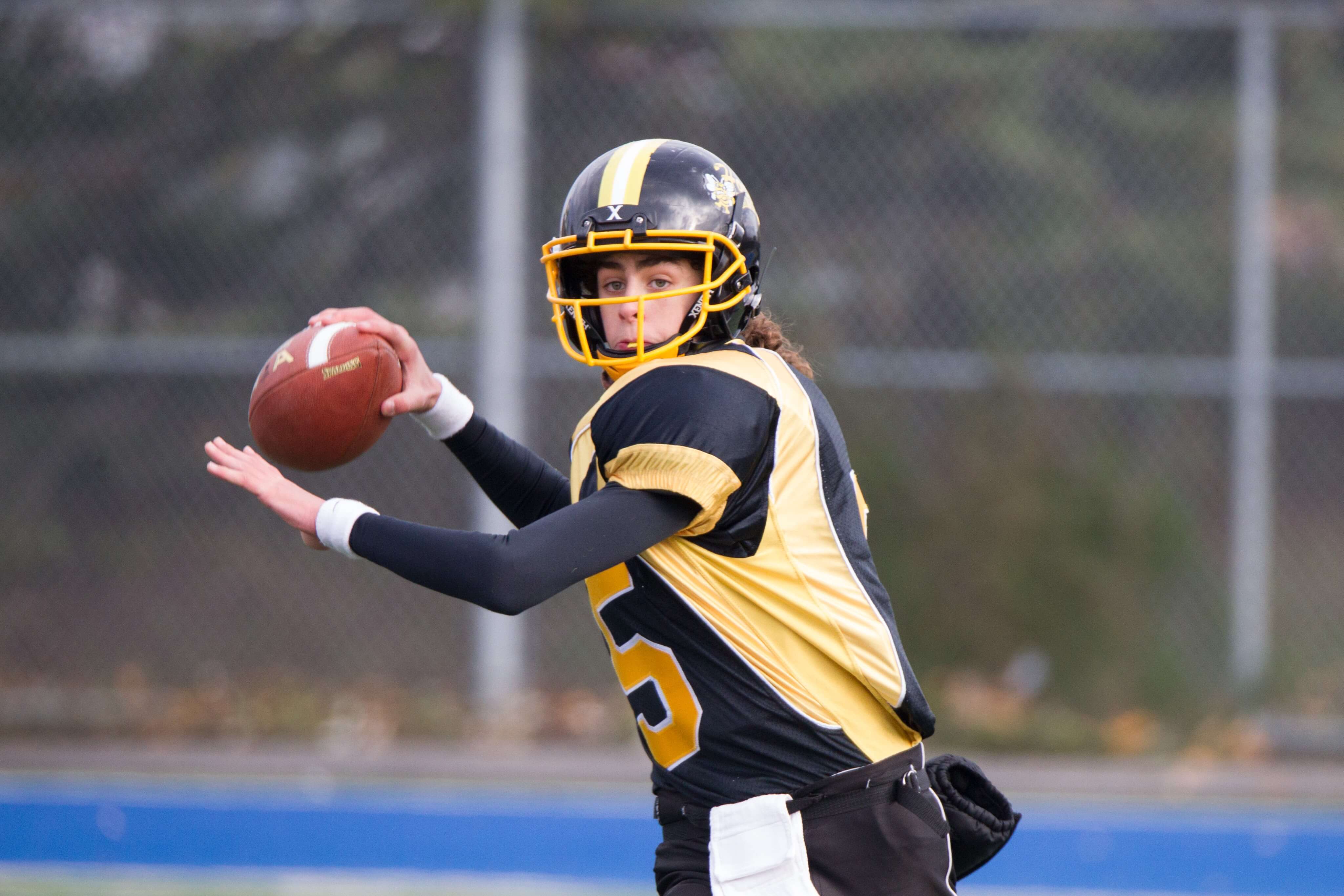