The old Hebrew term “Tikun Olam” means “to repair the world” but in today’s context, it encompasses the idea of fixing what has broken in society. On October 11th and for the fourth consecutive year, Sun Youth had the pleasure of participating in Federation CJA’s “Feed the Truck” 2-day initiative and collect non-perishable kosher food with local Jewish students part of the “Tikun Olam Volunteers (TOV)” program.

On October 10th and 11th, Federation CJA’s truck went to each of the participating  Jewish schools – Hebrew Foundation School, Beth Rivkah Academy, JPPS-Bialik, Hebrew Academy Montreal Solomon Schechter Academy, École Maïmonide CSL, Yavne Yeshiva Academie, Akiva School and Talmud Torah / Herzliah – and collected the food that the students had been gathering for the previous month. Later the unpacking and repacking of all the food collected was done with the help of students and parents of the community who volunteered their time, which made everything run very smoothly. The collected food will be redistributed to disadvantaged members of the community through various charities including Sun Youth. Over six thousand pounds of food was collected for Sun Youth’s food assistance program which will go to feed hundreds of families over the coming month.

This donation came in just in time for the World Food Day which was created in 1945 and is celebrated on the 16th of October every year, with hopes to raise awareness about food insecurity. It encourages people to take action to relieve hunger in their community and that is exactly what the Federation CJA did with the “Feed the Truck” event. This year’s World Food Day theme was “Our actions are our future. A #ZeroHunger world by 2030 is possible”,” and the Federation CJA initiative was in tune with it, demonstrating once again the importance of the community in protecting its members. Sun Youth would like to thank Federation CJA, the participating schools, all the students and their parents for this generous gesture! 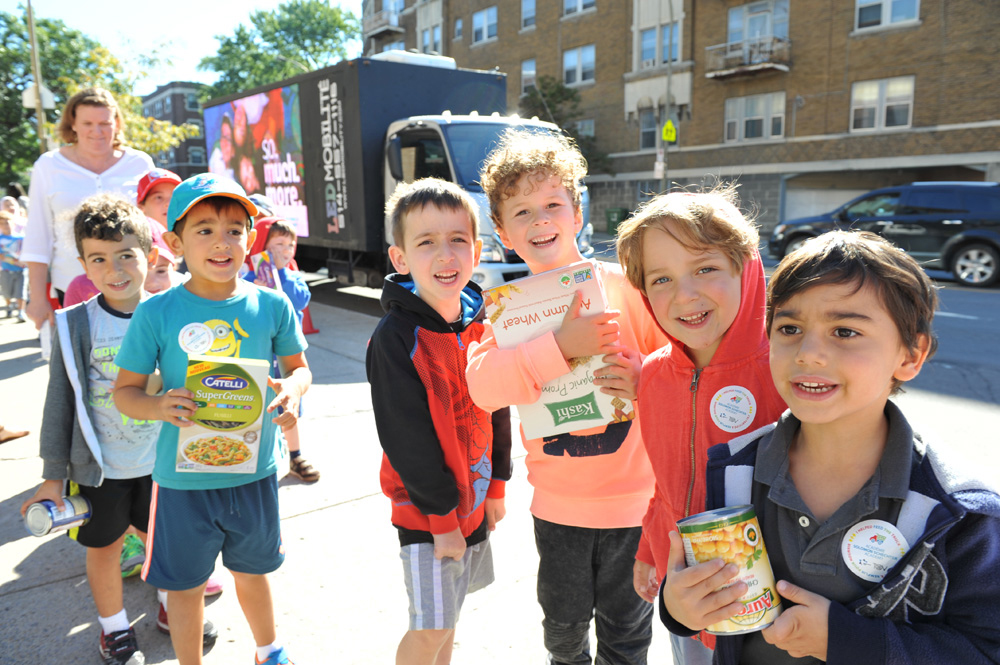