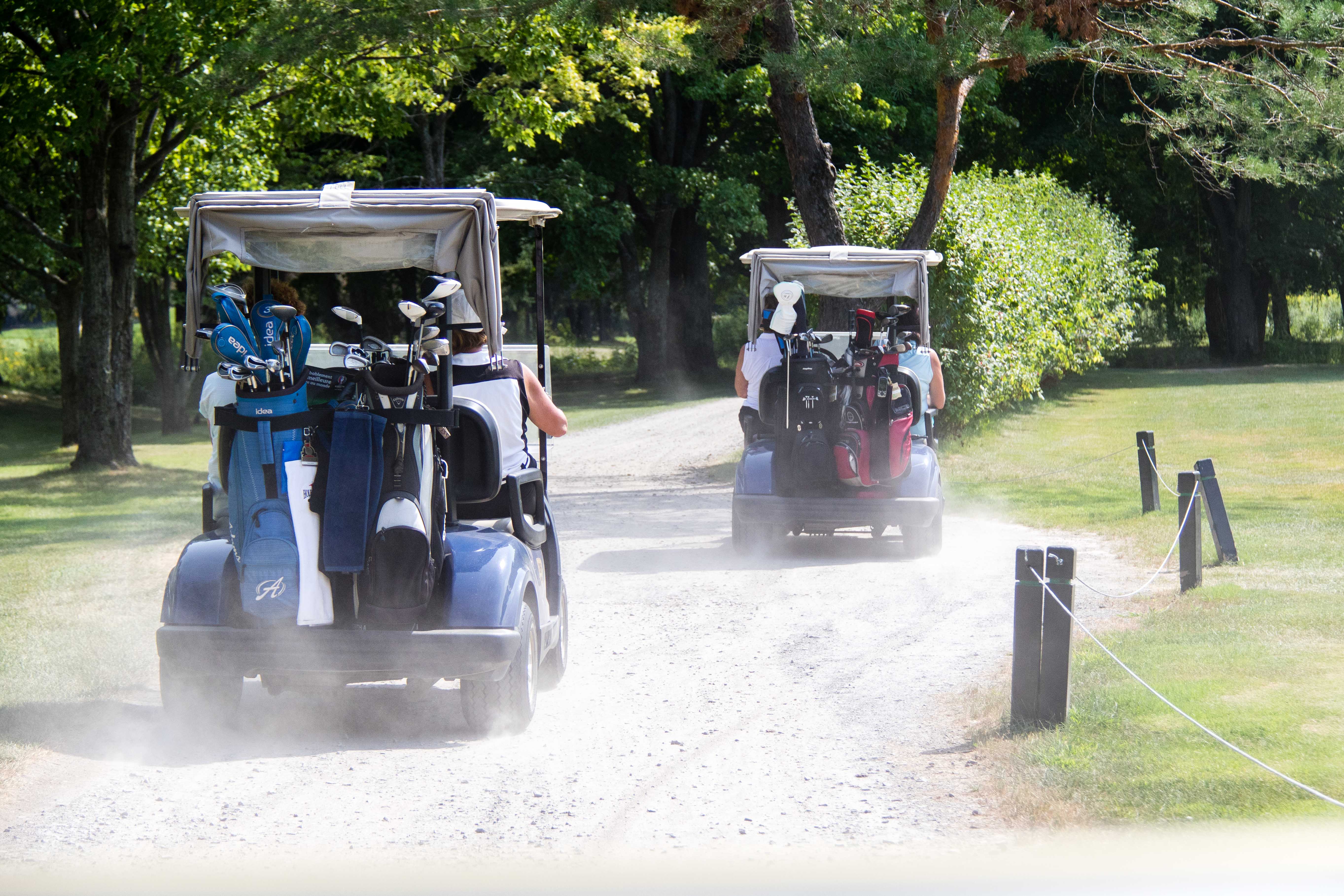 Golf tournament where everyone wins!

Golf tournament where everyone wins!

On August 11th, some 140 golfers gathered at Le Diamant Golf Club in support of Sun Youth. Like so many other great golf tournaments, everyone wins at Sun Youth’s Mordy Gordon Memorial Golf Tournament by supporting a great cause!

The preliminary financial results indicate that the event raised approximately $80,000, which brings the total of collected funds to over $750,000 since the creation of the tournament in 2004.  After a day spent on the greens, the many guests were treated to an open bar cocktail with delicious sushi and finger food.

As is now the tradition, guests could bet on an array of items at a silent auction while a few selected prizes were offered in a traditional auction. Both auctions featured various interesting items including sports memorabilia of athletes such as P. K. Subban and Canadiens’ Carey Price autographed photos, a Toronto Blue Jays’ Michael Saunders signed jersey and finally the late Canadiens’ legend Jean Beliveau signed jersey.

Special thanks go out to Montreal artist Michael Litvak for donating two of his paintings that were auctioned off as well as the Robin des Bois Restaurant for once again supporting the tournament. The event concluded with a raffle featuring this year’s grand prize, a trip for two in Switzerland courtesy of Swiss International Airlines.  Special thanks to Montreal comedian Joey Elias and Jacques Bernard for hosting the evening.