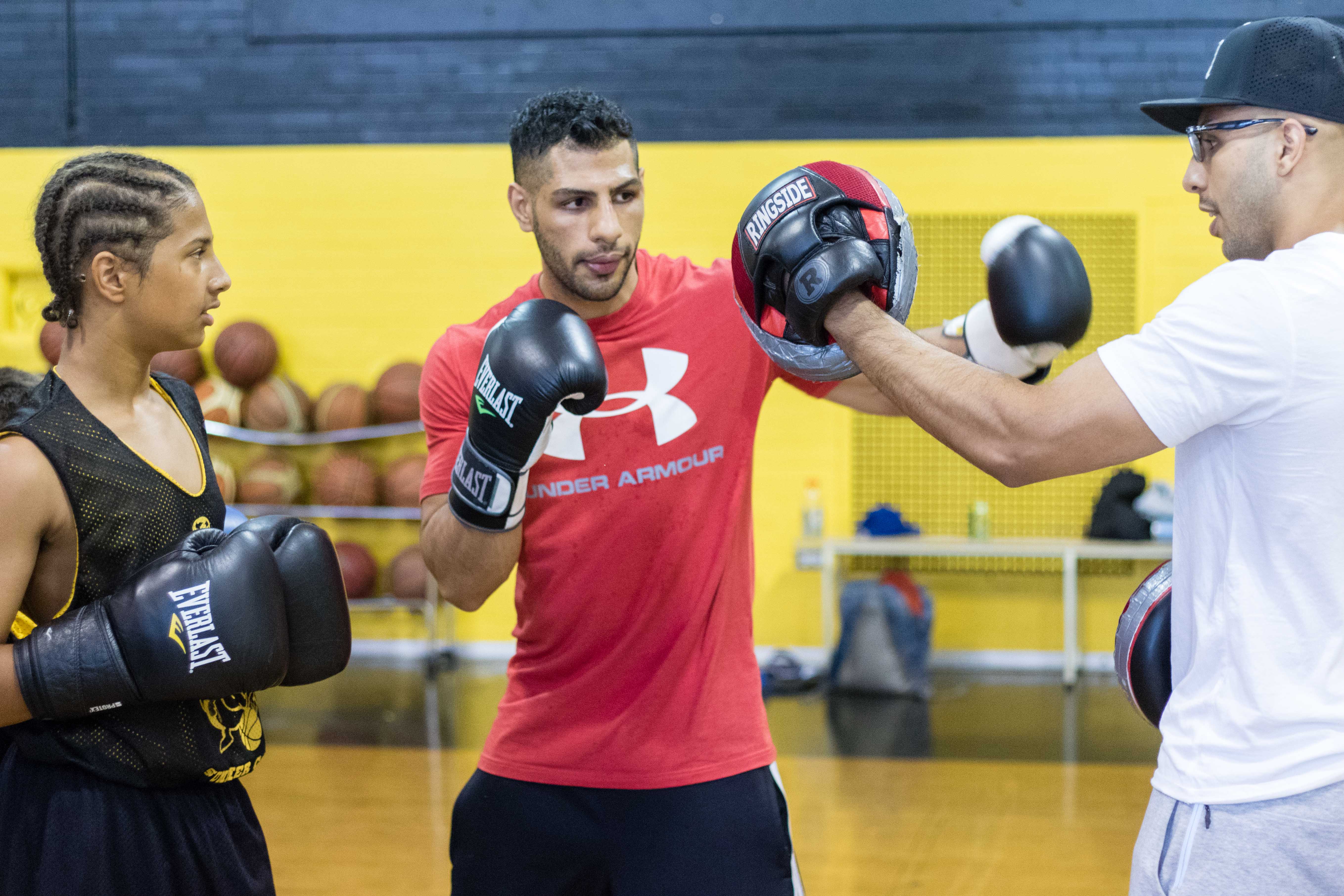 Normally the boys and girls of the Sun Youth’s basketball camp have a very busy schedule featuring at least 3 basketball games per day along with drills designed to improve skills, strength and stamina. Every year the camp brings in special guest speakers or guest coaches but this year was a little bit different because the camp brought in two guest coaches from a completely different sport.

Ayaz Hussain and his brother Mian graced Sun Youth’s basketball camp with an intro to boxing session. Boxing is one of those sports that can translate well into other sports; mainly because of the heavy emphasis on cardio, coordination, and mental toughness. Both Ayaz and Mian are highly ranked professional boxers with only one loss professionally between them. Ayaz is the fifth ranked Canadian Super Lightweight with a record of 10 wins 1 loss and his brother Mian currently is the forth ranked Canadian Super Welterweight with a perfect 16 wins (6KO) record. Ayaz who follows in the footsteps of his big brother Mian have a shared dream of becoming world champions in their respected weight classes.

Ayaz worked at Sun Youth for a summer a few years back under the program Valorisation Jeunesse – Place à la relève, which aims to provide young people, mainly from visible minorities, a first work experience. On behalf of everyone at Sun Youth we would like to thank Ayaz and Mian for volunteering their time to give our kids a lesson in boxing! Best of luck to both of you in your next fights!

Ayaz demonstrates how to punch with brother Mian.