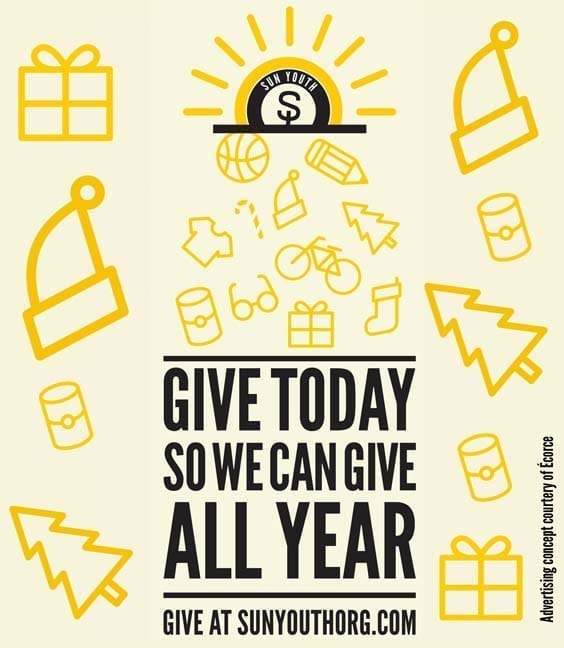 Once again this past Holiday season, Sun Youth was able to count on the volunteer support of Écorce to come up with a catchy visual concept to carry the organization’s message for the Holidays.

For many years, Écorce has been an invaluable partner of Sun Youth for promoting its different programs and activities with a unique visual edge. This partnership began in 2011 with the organization’s project to renew its image and improve its visibility through the various media, be it traditional or social. The results of the mission granted to Écorce were unveiled at the launching of Sun Youth’s annual fundraising campaign: new logos, new stationary and, most of all, a brand new website worthy of the 21st century.  As an added bonus, Écorce developed a new advertising campaign based on the new image they created for Sun Youth. Over the following years, Écorce continued to support the organization through the creation of innovative advertising concepts.

Today in 2015, the 60 year-old organization looks better than ever, rejuvenated by Écorce‘s efforts. Indeed, Sun Youth recently collaborated with Écorce to improve its website, making it more interactive and user-friendly!