Investigators of the SPVM sexual assault Section are trying to identify a suspect linked to two cases of aggravated sexual assault that occurred on July 31, 2018, shortly after 10 pm, in a transition house in in the borough of Mercier-Hochelaga-Maisonneuve.

At the time, the suspect was wearing a white and turquoise striped short-sleeve top with patterns on the bottom portion. He was also wearing a ski mask, jeans with fading on the thighs and mesh sports shoes with white laces.

Citizens interested in the solving of certain criminal investigations donate sums of money to be offered by police forces as rewards to individuals providing information leading to the arrest and conviction of wanted criminals or to the location of a missing person. All rewards are first approved by the police force in charge of the investigation. They are offered for a limited period of time after which, as decided by the donor, they are renewed, or the money is returned to the donor or used in other crime prevention activities like in providing assistance to victims of criminal acts in particular. Sun Youth is the sole manager of these rewards. It acts as an intermedi¬ary between the anonymous donor and the police force in charge of the investigation and ensures that the reward can be made available to the police force, if necessary. Investigators are the ones who decide whether it is appropriate or not to grant a re¬ward as well as the amount to be paid. 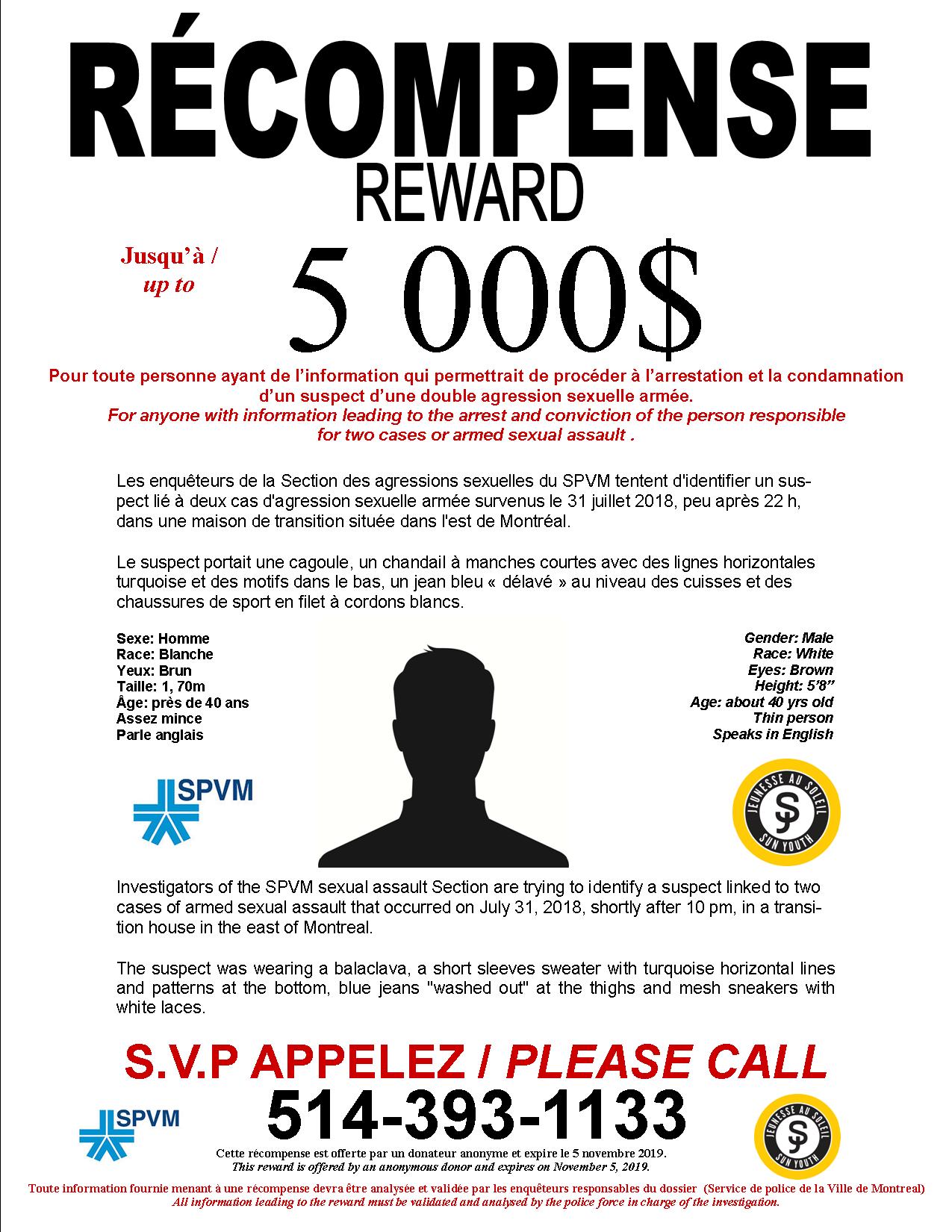