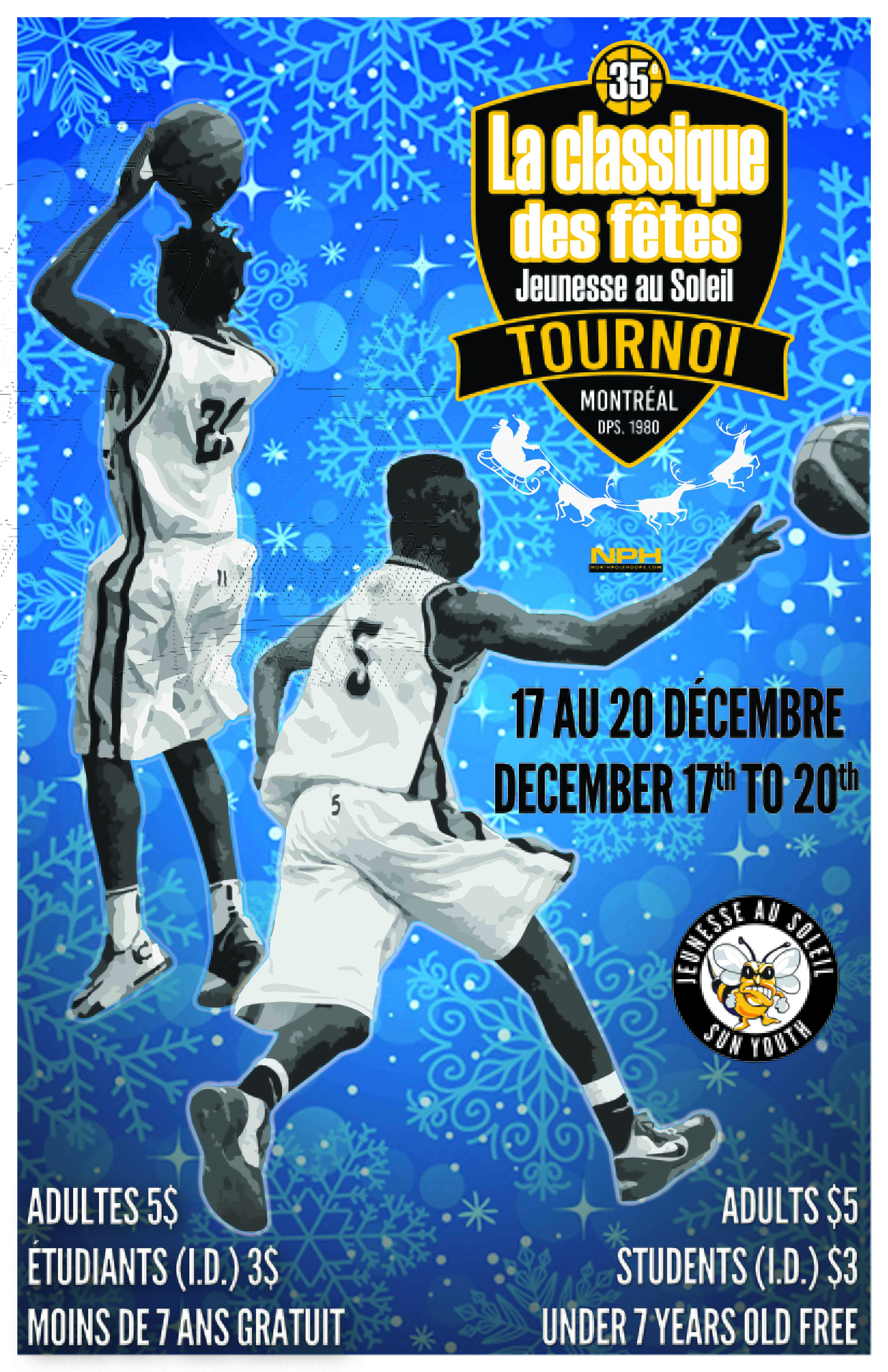 The 35th edition of our Holiday Classic Basketball Tournament is on from December 17th to the 20th.

This year will be the 35th edition of our Holiday Classic Basketball Tournament, the oldest one in the province. It will be held from December 17th to the 20th. This Holiday Classic allows very talented young players from Quebec, Ontario and the United-States to compete at a high level. Invite all your friends!

As we are preparing the beginning of our Christmas baskets distribution to thousands of needy families, other baskets will be subject to a lot of rivalries only a few feet away. This Thursday, December 17 begins the 35th Classic Holiday Basketball Tournament in Sun Youth’s gymnasium. This tournament features promising young athletes, aged 16 to 21 years old from Quebec, Ontario and United States.

As usual, the Hornets, Sun Youth’s basketball team, are part of this annual competition and will aim for victory. Other teams involved will be those of John Abbott College, Montmorency College, Stanstead College, Outaouais and Thetford CEGEPs, Jeanne-Mance and Jean XXIII High Schools. Our western neighbours will be represented by teams from BTB Prep Academy (Toronto), Vaughan High School (Toronto), Ottawa Elite  and Ottawa Next Level. Finally, the United States will be represented by Vermont Academy.

National Basketball Recruiter Elias Sbiet from North Pole Hoops will be attending the tournament. The opening game of this tournament will be played on Thursday, December 17 at 6:15 pm in the Sun Youth Gymnasium. The finals of the tournament are held this Sunday, December 20, at 5 pm.

The participating teams this year are :