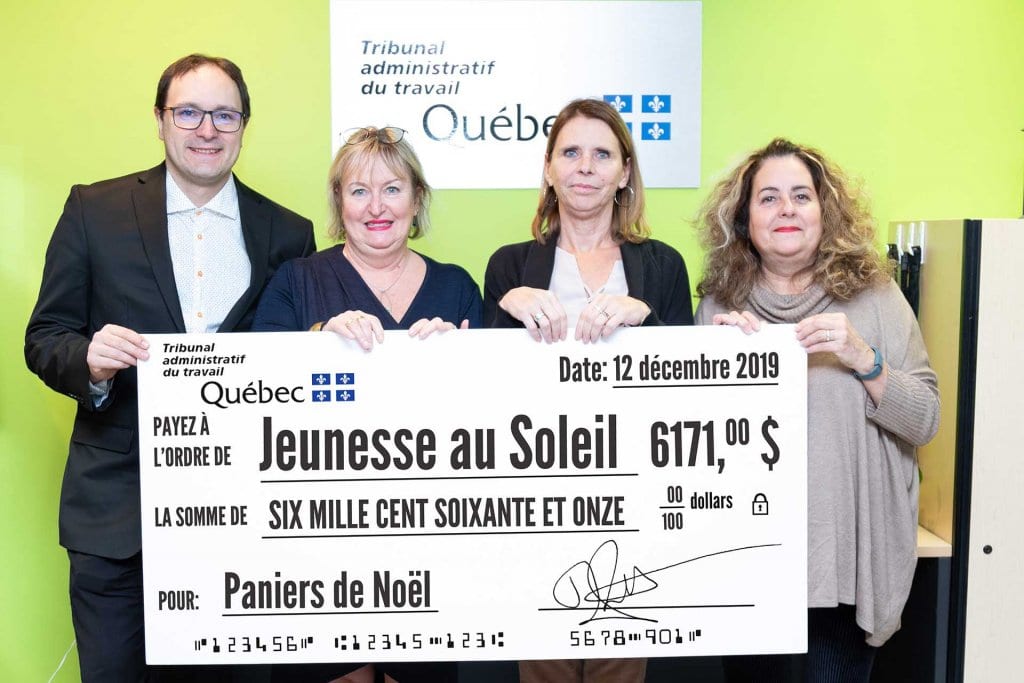 29 Years of Generosity Towards Sun Youth!

29 Years of Generosity Towards Sun Youth!

For over three decades, Sun Youth’s Holiday Campaign is not only essential for the success of the Christmas Basket distribution, but also in allowing the organization to be able to support its clientele during the first three months of the year, a crucial and difficult period for low-income families. This year, some 12 000 people, including 500 with reduced mobility and about 5000 families, will receive food for the Holidays and new toys for their children aged 12 and under.

Established on January 1st 2016, the Tribunal administratif du travail, an administrative court part of the Government of Quebec, results from the merger of Commission des lésions professionnelles (CLP) and of Commission des relations du travail (CRT). Combining the powers previously attributed to these two bodies, the Tribunal is called upon to rule on numerous appeals related to the field of work, particularly in matters of occupational health and safety. In all its actions, the Tribunal puts forward its values: access to justice, impartiality, listening and respect. The Labor Relations Division rules on appeals regarding job protection, association and bargaining rights, as well as pay equity. The Tribunal encourages amicable settlement of disputes by offering a conciliation service in all of its divisions. If the parties do not reach a settlement or if they do not wish to resort to conciliation, they may present their position at a hearing before an administrative judge who will make a decision after listening to both parties.

We would like to thank the Tribunal administratif du travail – division relations du travail for its solidarity towards us. Its commitment continues to make a difference by contributing to the well-being of the community throughout Montreal and Quebec.