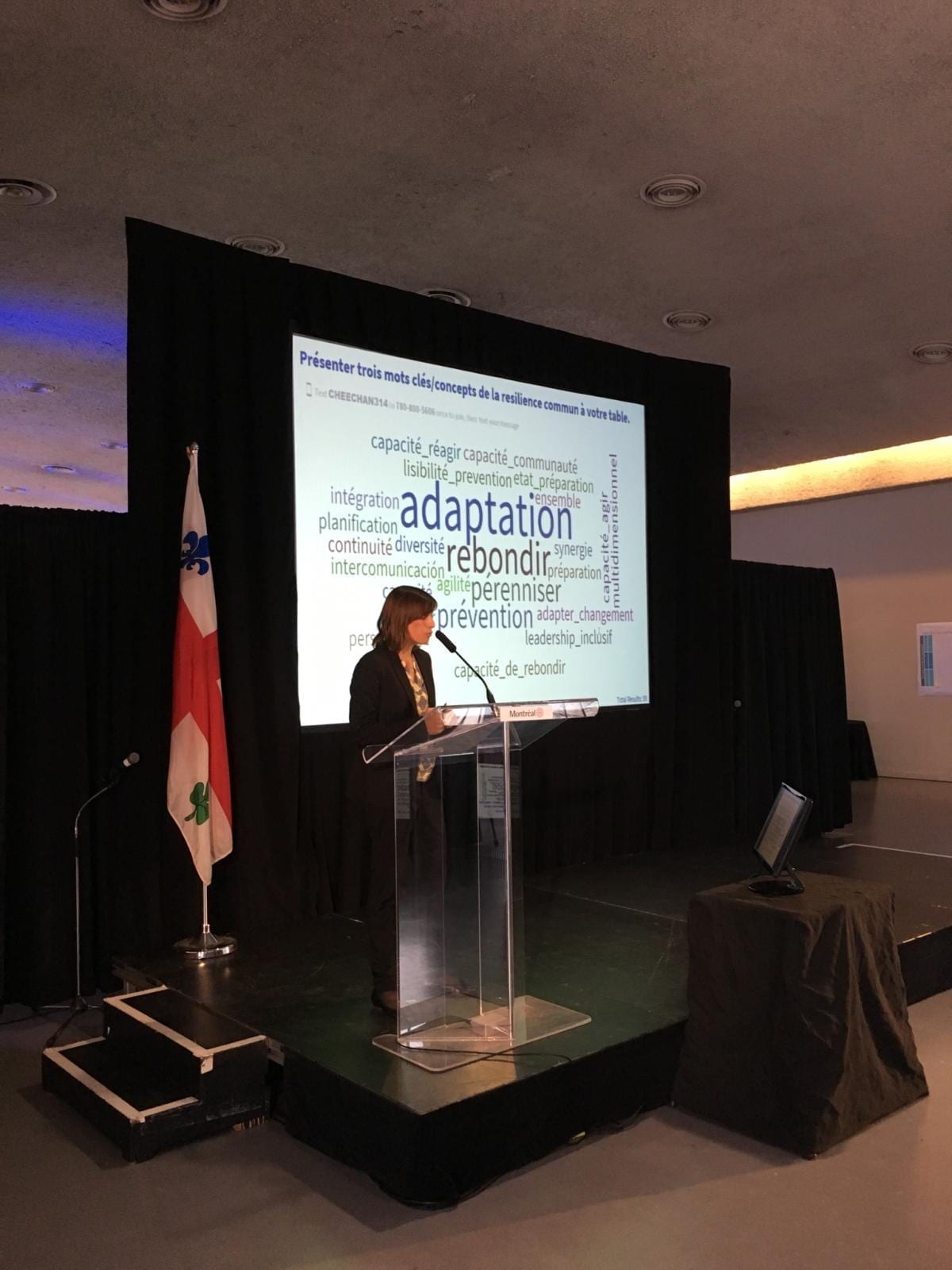 On January 14th the city of Montreal hosted its first conference on resilience.

On January 14th the city of Montreal hosted at Marché Bonsecours its first ever conference as part of the “100 Resilient Cities.” Montreal was the first Canadian city to join this elite club back in early December of 2014, a club which includes Barcelona, Boston, Lisbon, London, New York, Melbourne, Paris and Rome.

The 100 Resilient Cities program was designed to help cities have enough elasticity to bounce back from a given setback by working in unison, to “improve practices, share expertise and promote excellence in the field of risk management”.The program also brings cities the financial support needed to create a position of Chief Resilience Officer (CRO), a position that was appointed to Louise Bradette, actual Director of Civil Security by Mayor of Montreal Denis Coderre on January 14th. The CRO’s role is to formulate a resilience strategy for the city and implement it in a timely fashion.

mmunities, institutions and businesses to adapt to acute shocks (earthquake, floods, terrorist attack, etc.) and develop despite chronic stresses (high unemployment rates, inefficient public transportation system, and aging infrastructures, etc.). The 100 Resilient Cities challenge’s goal is to find 100 cities willing to increase their resilience. “Resilient systems withstand, respond to, and adapt more readily to shocks and stresses to emerge stronger after tough times, and live better in good times.” The objective of the city of Montreal’s work session was to identify which stressors and shocks the city should address first.

Sun Youth was very proud to be invited to this conference and participate in the workshop sessions; moreover Sun Youth representative Ann St Arnaud was requested to be a panellist in a very prestigious group that included General Director of Ouranos, Alain Bourque and Université de Montréal professor, Isabelle Thomas. Ann St Arnaud’s presentation was about Sun Youth’s leading role in the city of Montreal’s fire victim assistance program over the last four decades and its role as a founding member in the ROHCMUM (le Regroupement des Organismes Humanitaires et Communautaires en Mesures d’Urgence à Montréal) a group created in 1999, dedicated to improve resilience amongst community organizations in Montreal.