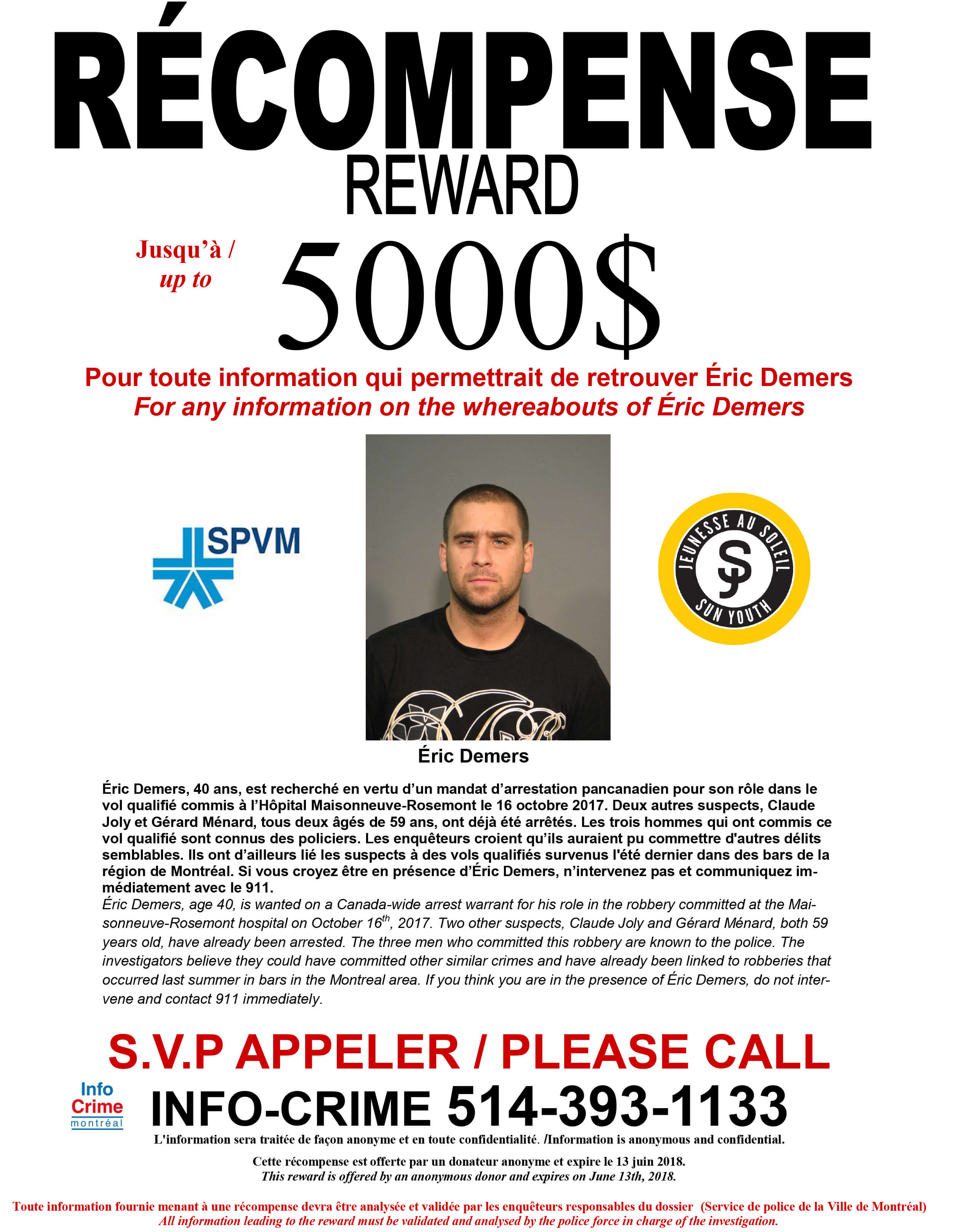 A reward is offered to anyone with information leading to the arrest of Éric Demers.

Investigators of the Montreal Police Service (SPVM) are attempting to locate a suspect named Eric Demers. Thus, a reward that could go up to $5,000 is offered through Sun Youth to anyone with information leading to the arrest and conviction of the suspect. The reward terminates on June 13th, 2018.

Eric Demers, aged 40, is wanted on a Canada-wide arrest warrant for his role in the robbery committed at the Maisonneuve-Rosemont hospital on October 16th, 2017. Two other suspects, Claude Joly and Gérard Ménard, both 59 years old, have already been arrested. The three men who committed this robbery are known by the police. The investigators believe they could have committed other similar crimes and have already been linked to robberies that occurred last summer in bars in the Montreal area.

Anyone with information on his whereabouts, please contact Info-Crime at 514 393-1133. In addition, the SPVM asks anyone who believes to be in the presence of Eric Demers not to intervene and to contact 911 immediately.

Created in 1991, Sun Youth’s rewards program carries on thanks to a steady partnership with the City of Montreal Police Department (SPVM). Since then, other police forces have joined this Sun Youth program: the Quebec Provincial Police in 2009 (Sûreté du Québec), the City of Laval Police Department in 2011, the Longueuil Police Department in 2012 and the OPP (Ontario Provincial Police) in 2014. In 2015, Sun Youth signed an agreement with its 6th police force, the Service de police de la Ville de Québec (SPVQ). Since 1991, Sun Youth’s rewards program has helped solve 26 criminal investigations and cases of missing persons corresponding to 27% of all investigations for which a cash reward was offered. As of January 1st, 2017, the rewards granted amounted to $100,000.