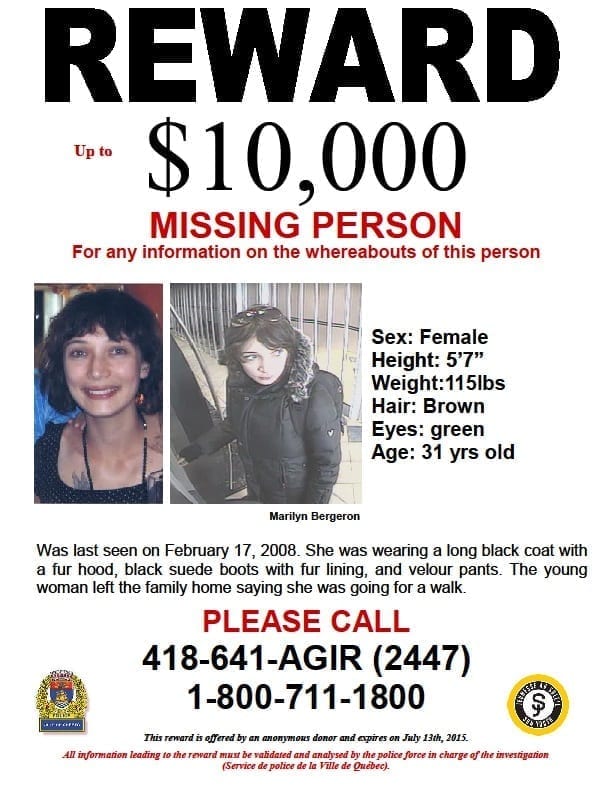 Sun Youth will proceed to the renewal of the reward concerning Marilyn Bergeron.

Following a request from the investigators responsible for the disappearance case of Marilyn Bergeron, Sun Youth will proceed to the renewal of the rewards offered through the organization. The reward offer, of up to $10,000, will be extended until July 13, 2015.

Marilyn Bergeron, the then 24 year-old young woman, left the family home on February 17th, 2008 saying that she was going for a walk. She never returned.

The investigators in charge of the case, from the Quebec City Police Service, judge that the reward offer will still be of great use to receive information from the public allowing them to make their investigation progress. As for Sun Youth, the organization wishes to remind the public that Marilyn Bergeron is still missing and that her family and friends are still suffering from her absence.

Sun Youth established its reward program in 1991. The money being put towards offering a reward always comes from donors wishing to remain anonymous in the eyes of the public. The decision to pay a reward to one or more sources following information received is always made by the investigators in charge of the dossiers.