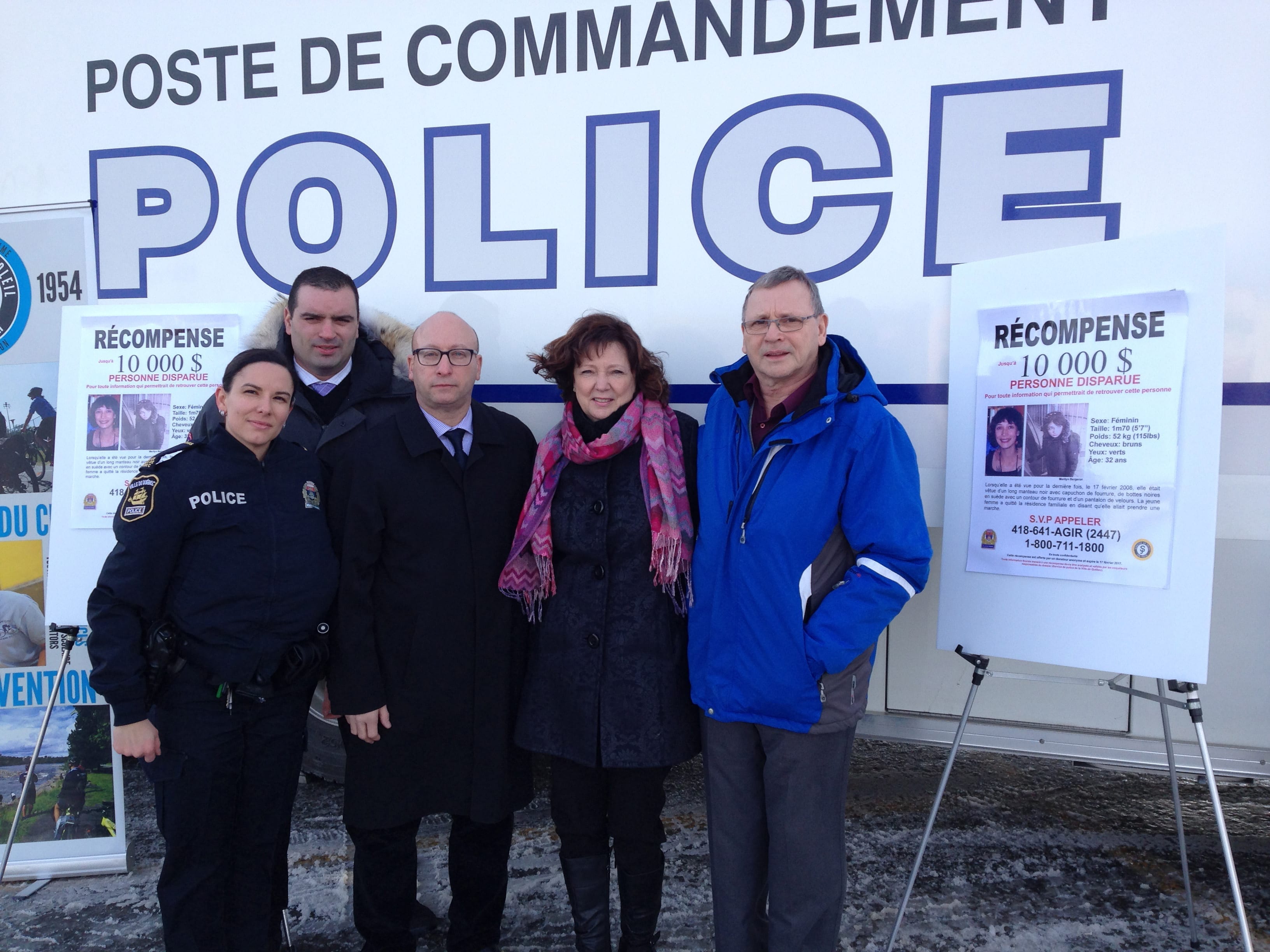 The Police relaunches the investigation…

The Police relaunches the investigation…

8 years to the day after the mysterious disappearance of Marilyn Bergeron, the police investigation is relaunched.

Article in The Montreal Gazette

Disappearance of Marilyn Bergeron: 8 years have gone already! The Quebec City Police Service (SPVQ) once again joined forces with Sun Youth Organization, the Missing Children’s Network, the AFPAD (l’Association des familles des personnes disparues et assassinées) and the family of Marilyn Bergeron in order to seek the help of the public and the media to discover what happened to Marilyn. Already 8 years have gone since she went missing from her parents’ house in Quebec City.

The reward offered through Sun Youth is for a maximum amount of  $ 10,000 will be paid out to anyone who has information on Ms. Bergeron’s whereabouts. On February 17, 2016, the SPVQ, Marilyn’s mother Andrée Béchard, Sun Youth and the Missing Children’s Network were inviting the media to join them at Café Dépôt in St-Romuald for a press conference where the reward renewal was announced while a new YouTube video was also unveiled to the public. SPVQ investigators were on site with their command post to collect information to find Marilyn Bergeron.