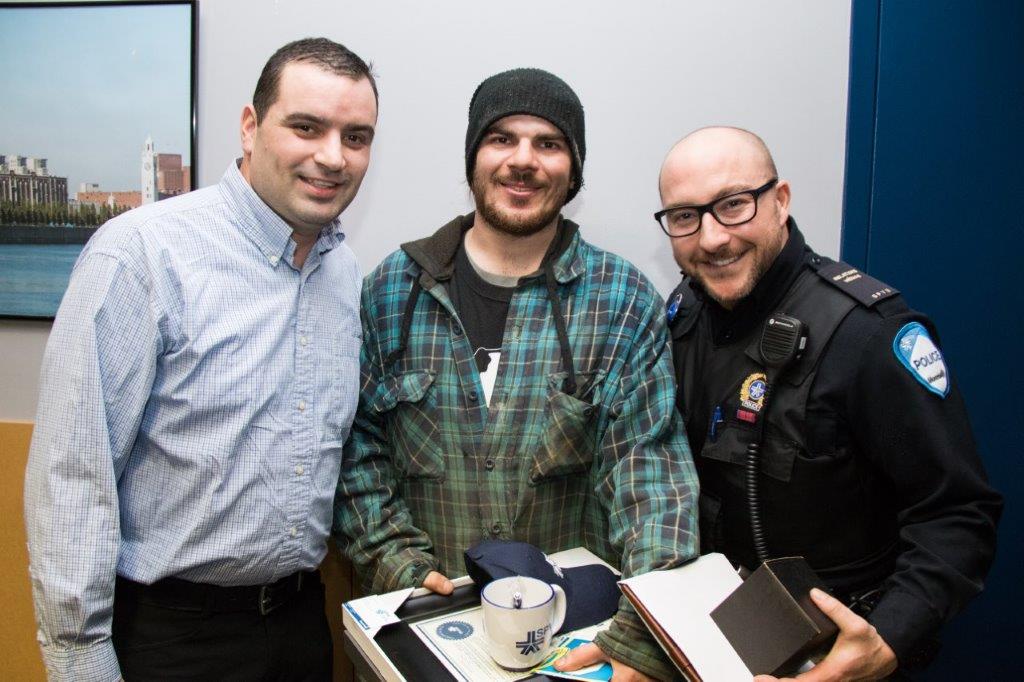 Over the past month only, Sun Youth has recognized three different people for their heroic actions.

Since September 2001, Sun Youth, through its Good Samaritan program, rewards individuals of exceptional bravery who come to the rescue of people in danger, sometimes risking their own lives. By recognizing caring and courageous citizens, the program encourages people to exercise self-abstraction and altruism and promotes mutual assistance. Over the past month only, Sun Youth has recognized three different people for their heroic actions.

On November 3rd 2015, Mr. Levert was enjoying a fishing outing on the St. Lawrence River when he was asked by police officers to intervene and to rescue a distressed man. The suicidal man had thrown himself into the icy waters of the St. Lawrence River at the height of the Clock Tower dock in Old Montreal. The man in distress was drifting with the current and was too far from the shore for the police officers on the scene to save him. Without hesitation, Kevin Levert headed towards the drowning man aboard his boat and once there, managed to keep the man’s upper body out of the water until the arrival of the fire brigade rescue team. In doing so, Mr. Levert showed bravery, putting his own safety at stake.

On October 20th 2015, Mr. Bohec contacted 911, reporting the fall of a man in the river near the Clock Tower in Old Montreal. At the arrival of the police, Mr. Bohec was with the victim, who was suffering from hypothermia. Paramedics then took charge of the victim, taking him to the hospital where he would receive proper care.

On November 3rd 2015, Richard Chartier-Carle was working on a construction site when a woman alerted him about a man trying to hang himself. Acting quickly Mr. Chartier-Carle came to his aid, immediately cutting him loose and waiting with him until emergency responders arrived. If not for Mr. Chartier-Carle’s intervention and quick action the man would have surely died.

In the past years heroes were rewarded for saving children from drowning, for rescuing a lady who fell on the subway tracks, for rescuing a man from a fire, etc. Sixty-six people have been recognized through Sun Youth’s Good Samaritan program since the inception of the program in 2001.