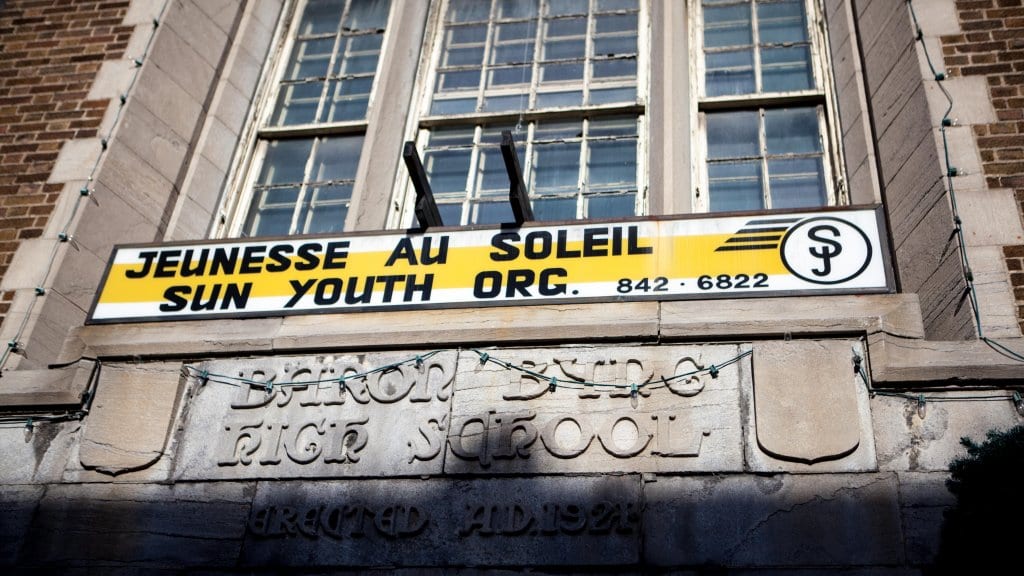 Home 65 Years Looking Back on 65 Years of Sharing and Caring!
 
By annsyo 65 Years About Community General History Volunteer May 22, 2019

In 1954, Sid Stevens and the late Earl De La Perralle, along with a bunch of friends, founded what was to become Sun Youth. Everyone knows the story of our organization’s debut. Though they were just kids (respectively 13 and 9 years old), Sid and Earl produced and rented a handwritten newspaper, the Clark Street Sun, as a way to collect funds to buy shirts for their hockey team. At that time, they used to play outdoor hockey at Fletcher’s Field hockey rink, now the football field of Jeanne-Mance Park.

There are many achievements that people are less aware of… Did you know that Sun Youth’s foodbank was the 1st of its kind in Quebec, the second one in Canada? At the time, there were a lot of soup kitchens but we wanted people to be able to get help anonymously and be able to bring back the food to their family. We also were the first ones to stop city buses so that fire victims would have a warm place to wait while they were being relocated. “We had to stop when Mayor Drapeau asked us”, says Sid Stevens, “but the city put a program in place to continue the service.”

Did you know that Jean Coutu’s son, François-Jean, represented Canada and Sun Youth at a tournament in Denmark? In the 1970’s, we organised many sports exchanges, notably in Hockey with Finland and Sweden. Speaking of international events, we also hosted the International Crime Prevention Practitioners Conference in 1987. “It was the first time ever to be held outside the United States and the first time they had a Canadian president (Earl De La Perralle)” remembers Sun Youth Executive Director Johanne Saltarelli.

One thing’s for sure, we know how to keep secrets. Think of all the years we’ve kept Mr. Bike Man’s name a secret, of all these anonymous rewards. Premier Lucien Bouchard came to help us at Christmas for many years without the media’s’ presence. “He would always come on December 22nd, the day of his birth and we would sing him Happy Birthday”, says Ann St Arnaud.

Sixty five years ago, Sid and Earl had no idea what life had in store for them or what they would accomplish. The handwritten newspaper which they produced as a way to finance activities for underprivileged youths would eventually cease production but the organization remains as one of Montreal best-known charities. 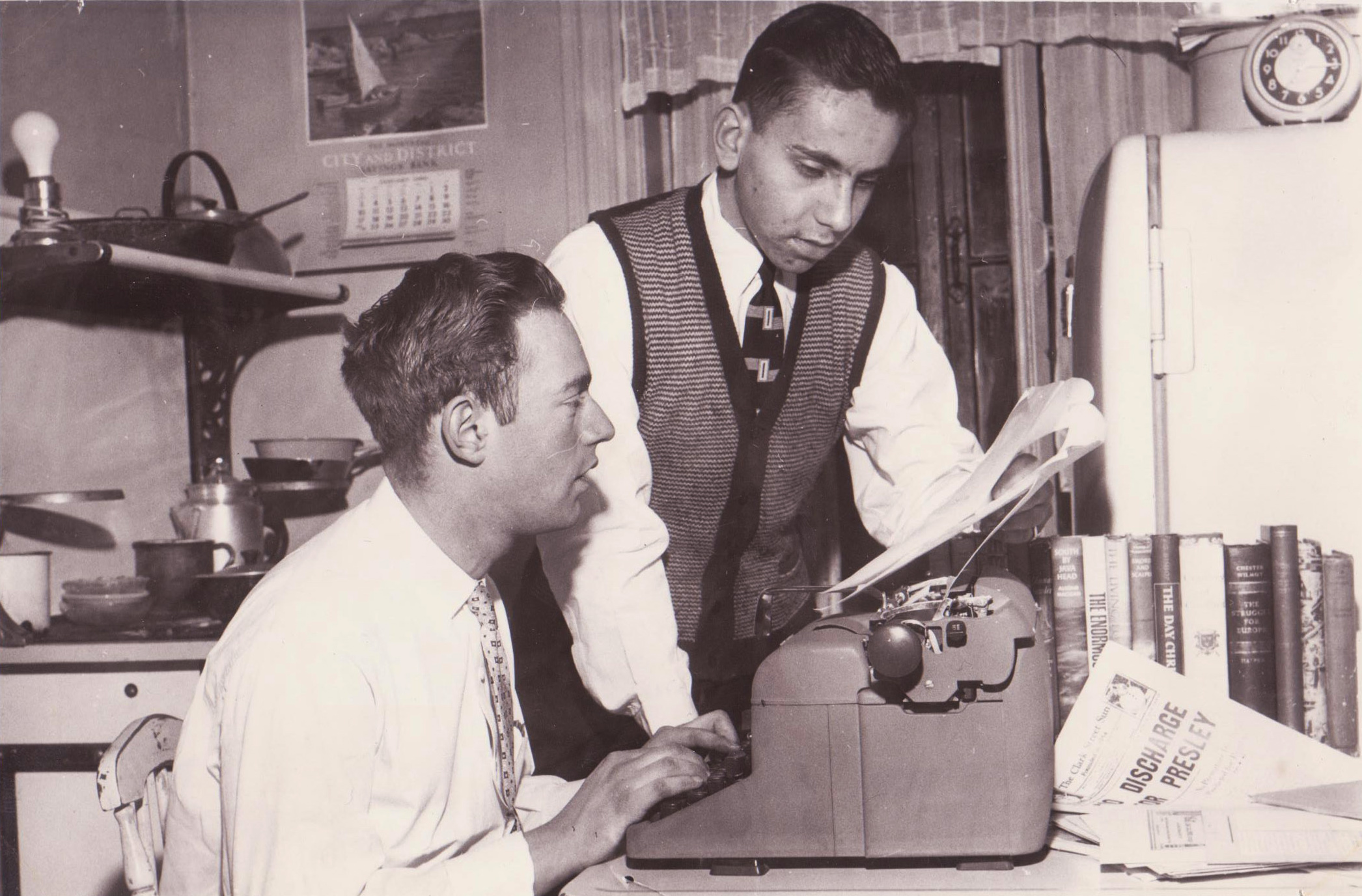 Above: Sid Stevens (left) and Harry Friedman (right) working on the January 1960 issue of the Clark Street Sun, on a typewriter which is still in Sun Youth’s possession.