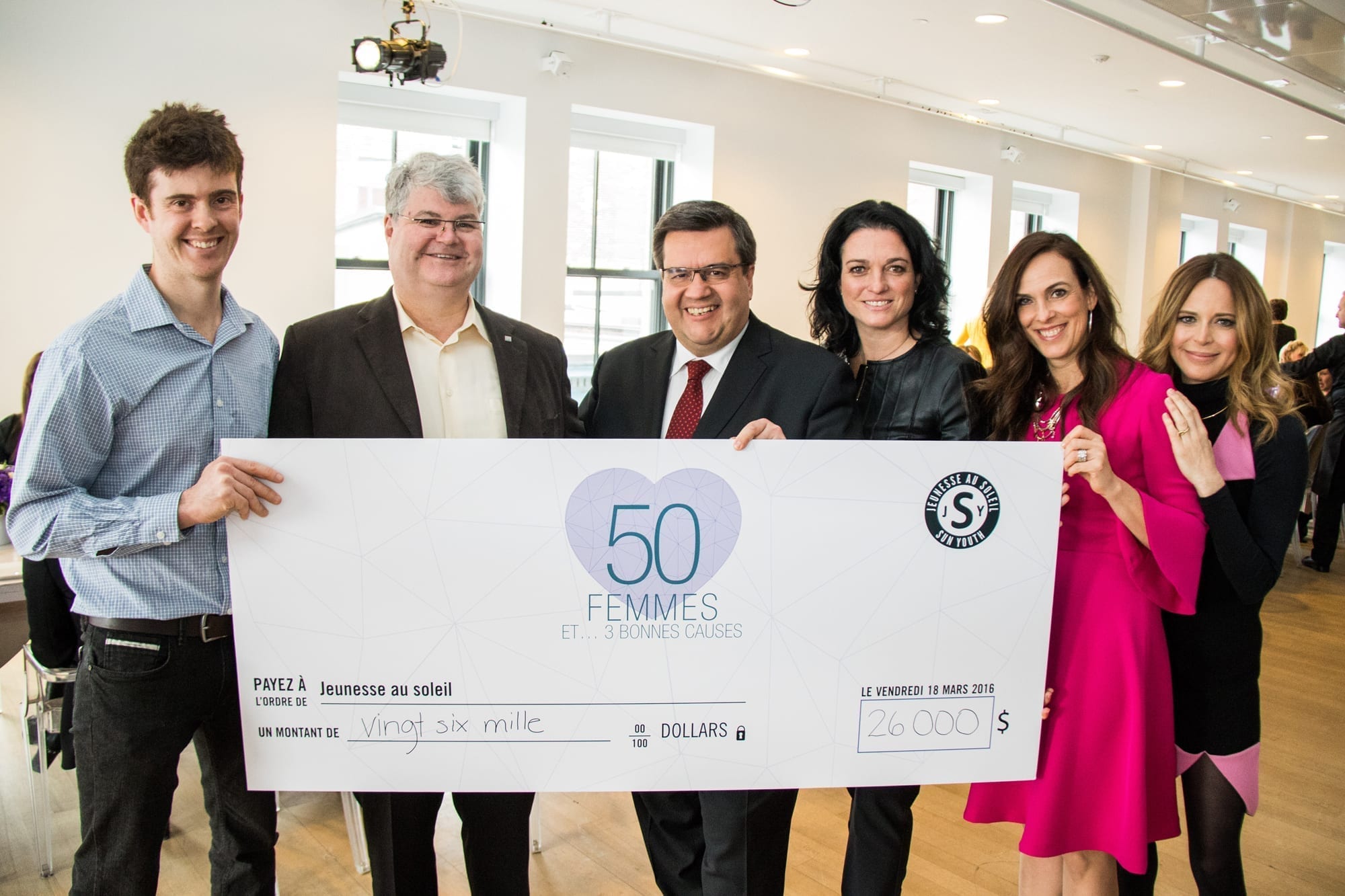 No less than 50 influential women from the fields of communications, business, law and health attended the event, raising over $ 69,000 for three groups: Sun Youth, the Chaire de la recherche en oncologie ORL D’Azar|Angélil and the Fondation de l’hôpital régional de Saint-Jérôme. The invited leaders each paid a minimum of $1,000 to attend the dinner where 100% of donations were given directly to the three organizations. The administrative costs, the food and the wine, were absorbed by sponsors and by the event’s organizers.

Created by Geneviève Marcon and usually taking place in the Quebec City region, the annual event was moved to Montreal this year, following the request of Mrs. Julie Snyder and Mr. Andrew Chodos of Empire Stevedoring group. The producer and talk show host Julie Snyder wanted to use the Bickerdike pier owned by Mr. Chodos’ company for the filming of her television show L’été indien. As part of the negotiations surrounding the use of the pier, Mr. Chodos requested that a portion of the proceeds of the fundraising dinner were to be paid to Sun Youth.

Sun Youth is especially proud to be one of the three causes chosen by 50 women and 3 worthy causes this year and would like to thank the organizers, Mrs. Snyder, Marcon and Christiaens, Mr. Chodos, as well as the 50 women of influence who participated in this great charity event. The $26,000 donated to our organization will go towards our programs for children.

In the group photo from left to right: Eric Kingsley of Sun Youth, Mr. Andrew Chodos of Empire Stevedoring, the Mayor of Montréal Denis Coderre, the organizers of the event Mrs. Nathalie Christiaens of Groupe Océan, Geneviève Marcon of GM development and host of the event, Julie Snyder.