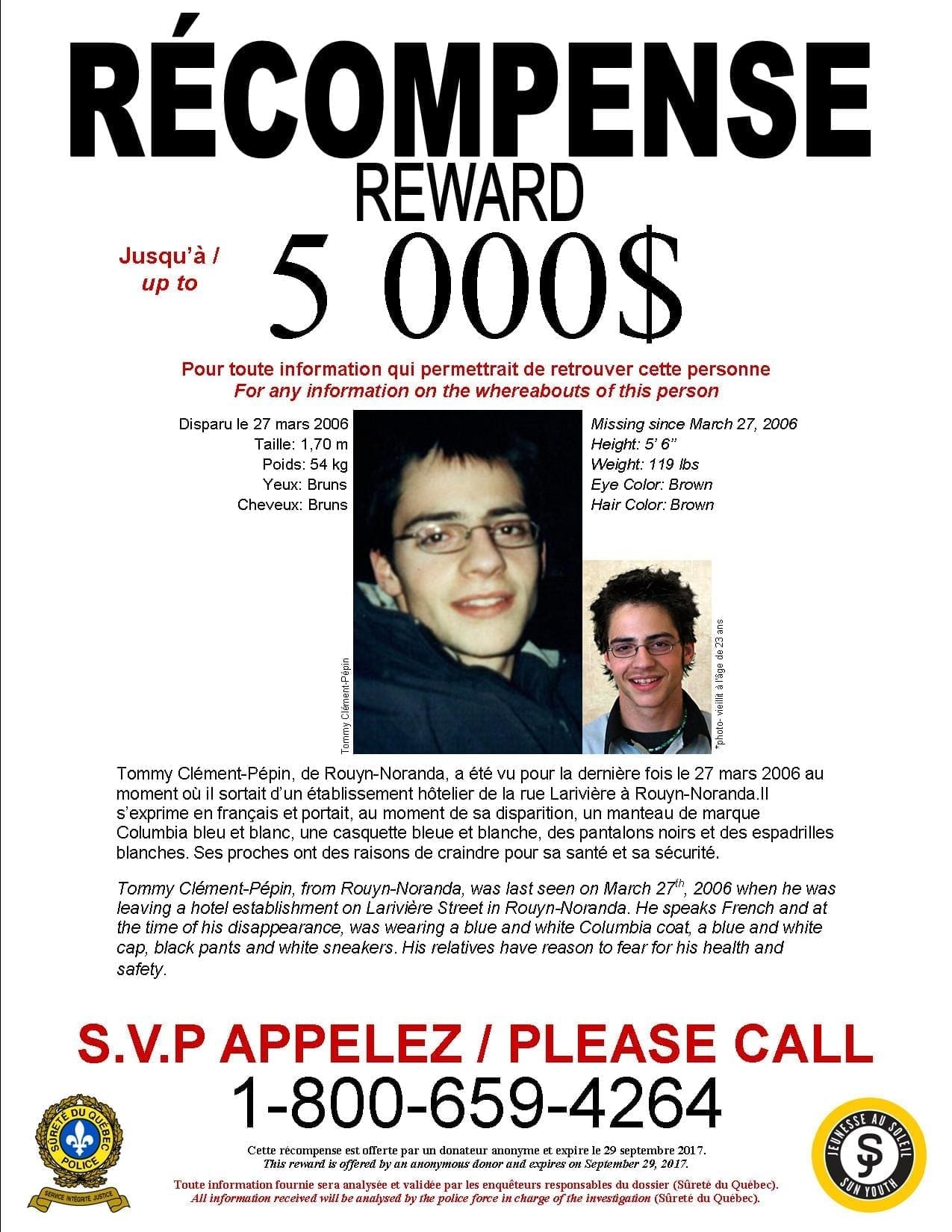 A $5,000 reward is offered to anyone with information on the disappearance of Tommy Clément-Pépin.

The Sûreté du Québec (SQ) is relaunching its investigation into the disappearance of Tommy Clément-Pépin, missing for 11 years. Therefore, a $5,000 reward is offered through Sun Youth Organization to anyone with information on his whereabouts.

Tommy Clément-Pépin, 19, was last seen on March 27th, 2006 as he was leaving a hotel on Larivière Street, in Rouyn-Noranda. Subsequently, his car was found near a building in downtown Rouyn-Noranda while his wallet was discovered in a hotel room days later. The reward terminates on September 29th, 2017.

Anyone who has information on his whereabouts can call the SQ criminal intelligence unit at 1-800-659-4264. It is also possible to provide information by completing the crime report form on their website.

Created in 1991, Sun Youth’s rewards program carries on thanks to a steady partnership with the City of Montreal Police Department (SPVM). Since then, other police forces have joined this Sun Youth’s program: the Quebec Provincial Police in 2009 (Sûreté du Québec), the City of Laval Police Department in 2011, the Longueuil Police Department in 2012 and the OPP (Ontario Provincial Police) in 2014. In 2015, Sun Youth signed an agreement with its 6th police force, the Service de police de la Ville de Québec (SPVQ). Since 1991, Sun Youth’s rewards program has helped solve 26 criminal investigations and cases of missing persons corresponding to 27% of all investigations for which a cash reward was offered. As of January 1st, 2017, the rewards granted amounted to $100,000.

To know which rewards are still active, click here.