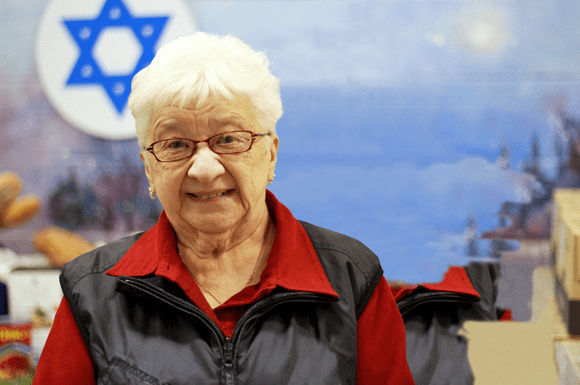 Sun Youth Mourns the Loss of a Dear Friend!

Sun Youth Mourns the Loss of a Dear Friend!

Everyone at Sun Youth is deeply saddened by the loss of a long time volunteer and friend, Freda Kopyto.

Everyone at Sun Youth was shocked and deeply saddened to hear the news that long time volunteer and friend to the organization, Freda Kopyto, passed away on January 26th. Freda Kopyto was a dear friend and a real mother and grand-mother figure to all.

Freda started volunteering at Sun Youth after her beloved husband, Abie, passed away in 1996. Her role as a volunteer ensured that everyone coming through would have a talk with her on their way in and once again on their way out. Freda may have had a small stature of only 4’8, but few would dispute that she lacked in character or personality; her presence could not be overlooked. Daughter of a Rabbi, she lived by a simple principle of leaving someone feeling happier after they had met her, than before they had arrived.

Having worked as a teacher’s aide for 30 years at Devonshire public school and then volunteering at Sun Youth for over 20 years, Freda was known by many people around the neighbourhood. She always had something to say and couldn’t walk more than a few meters on Saint-Laurent or Saint-Urbain without bumping into someone she knew, hence why she acquired the nickname of Mayor of Saint-Laurent and Queen of Saint-Urbain. Her renown showed in the great amount of people that attended her funeral to pay their respect. Family, friends, neighbours and colleagues gathered at the Paperman & Sons Funeral home on Sunday, January 29th to remember and honour her life.

Sun Youth would like to take this opportunity to wish its deepest condolences to Freda’s friends, family, and anyone she encountered and had a positive impact on. We especially would like to thank the loves of her life, her children Stanley Kopyto, Francine and Zvulun Salem and grand children Asaf and Dana for sharing her with us for all these years. We will always remember her laughter, her selflessness, her generosity, her feistiness, her determination and sincere concern for other people’s wellbeing. Loved by many, she will be greatly missed by all those who knew her.

She always put a smile on the face of those who came to Sun Youth.