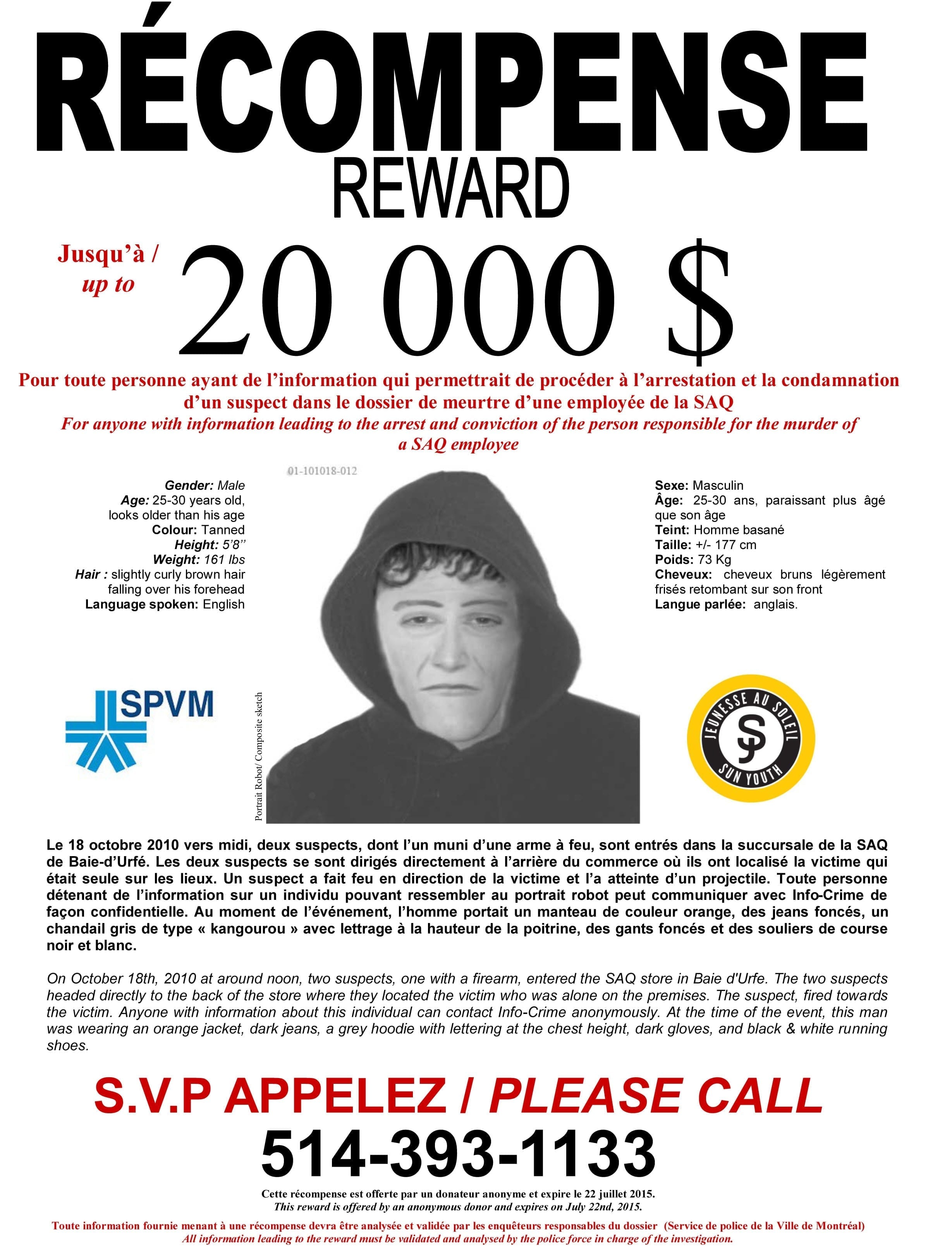 The $20,000 reward to solve the murder of S.A.Q. employee Hélène Leduc is renewed.

On October 18th, 2010 at around noon, two suspects, one with a firearm, entered the SAQ store in Baie d’Urfe. The two suspects headed directly to the back of the store where they located the victim who was alone on the premises. The suspect, fired towards the victim. Anyone with information about this individual can contact Info-Crime anonymously at 514 393-1133. At the time of the event, this man was wearing an orange jacket, dark jeans, a grey hoodie with lettering at the chest height, dark gloves, and black & white running shoes.

Sun Youth established its reward program in 1991. The money being put towards offering a reward always comes from donors wishing to remain anonymous in the eyes of the public. The decision to pay a reward to one or more sources following information received is always made by the investigators in charge of the dossiers.

Following the death of Hélène Leduc on January 21st and the confirmation that it was directly caused by the attack she fell victim to,  Sun Youth will proceed to the renewal of the reward offered to help the investigators solve this vicious murder case. The $20,000 reward offer will be extended until July 22, 2015.