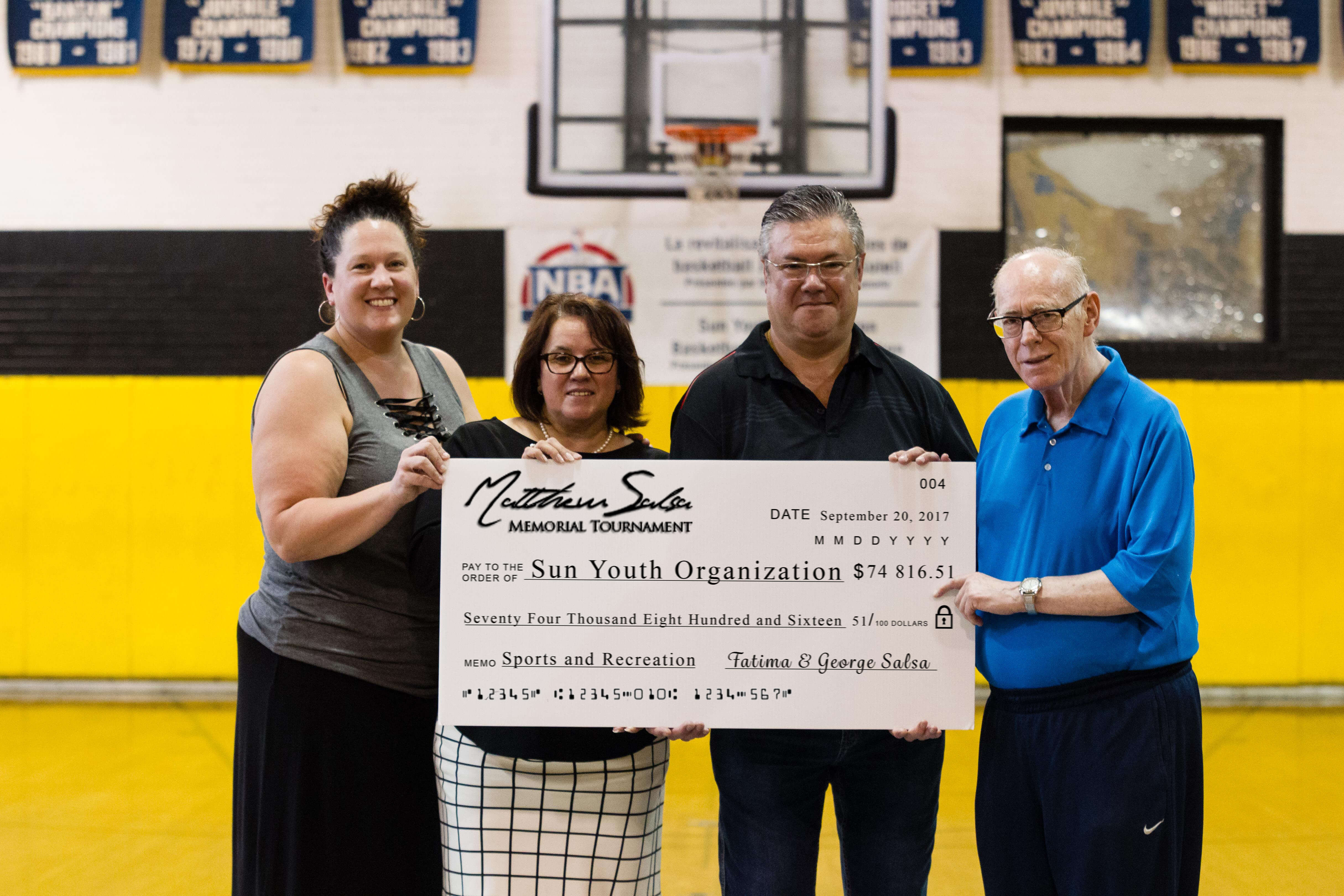 Sun Youth recently had the great pleasure of welcoming Fatima and George Salsa who brought in the profits from the 4th Matthew Salsa Memorial Tournament, held on August 21st at the Rosemère Golf Club.

The tournament was created to honour their late son Matthew who suddenly passed away in 2012 while he was playing his favourite sport. At 18 years of age, Matthew was considered to be one of the best junior golfers in the province and most impor­tantly a great individual and a model citizen. Admirably, Matthew’s parents have chosen to pledge the funds raised from their son’s tournament to helping others, following in his footsteps, as he was known for his generosity and selflessness throughout his short life. Thanks to the generosity of all those in attendance, $ 74,816 were raised to profit Sun Youth Organization and Golf Québec.

Sports and recreation hold a special place at Sun Youth as the organization was built on athletics activities for children and has grown tremendously from that starting point. The promotion of the physical, social and intellec­tual development of young people is at the core of both the department and the organization. Over 600 children and young people annually benefit from the department’s programs including football, basketball, hockey and day camp. Sun Youth would like to thank first and foremost the Salsa family, as well as the multiple spon­sors and all the golfers who took part in the event: their support for the sports and recreation program and their contributions are immensely appreciated.