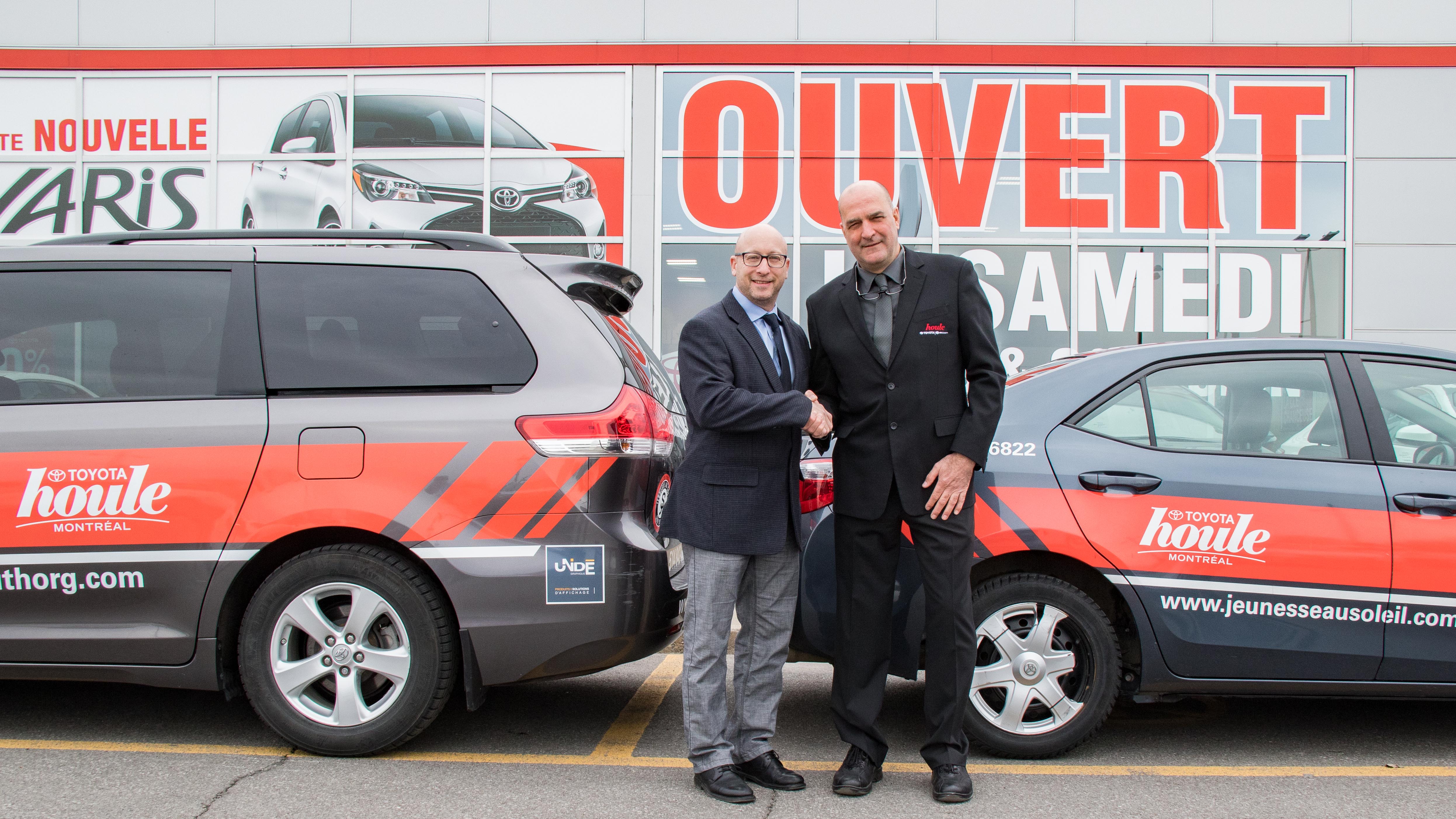 On an annual basis, Sun Youth is called to the scene of over 200 fires and other disasters.

Since 2006, Houle Toyota has been a faithful partner of Sun Youth. It all started with Recyc-vélo, a successful program that ran at Sun Youth for almost a decade, collecting, reconditioning and redistributing more than 3000 used bicycles to families in need. Michel Houle’s generosity has also extended even further to Sun Youth’s emergency services. Two years ago, Houle Toyota and Michel Houle donated two brand new vehicles to the organization, a Corolla and a Sienna. The vehicles (car and a minivan) are used by Sun Youth every day of the year for emergency interventions such as assistance to victims of disasters and home visits to people suffering from reduced mobility. Asked why he puts his shoulder to the wheel, Michel Houle says simply: “It’s important for us to be there for people in need.”

Fire responders almost always provide fire victims with emergency supplies on the scene and usually enough to get through the first three days before their situation can be assessed concerning their long term recovery. When it comes to supplying both fire victims and emergency services clients with their short term needs, McDonald’s has played an instrumental role in providing 35,000 meals to them by donating coupons can be used anywhere in Montreal. McDonald’s has been a proud partner of Sun Youth’s since 1981.

On behalf of all those who benefit from Sun Youth’s fire victims program, many thanks to Michel Houle and Houle Toyota and McDonald’s Canada for the continued support, which can be felt by so many people across Montreal, 24 hours a day, 7 days a week.

On an annual basis, Sun Youth is called to the scene of over 200 fires and other disasters. Sun Youth’s fire responders work in collaboration with the Montreal Fire Department, the Red Cross and the Office Municipal d’Habitation de Montréal to assist victims and help them get back on their feet as quickly as possible. Fortunately, Sun Youth benefits from the support of partners such as Houle Toyota Scion and McDonald’s restaurants.