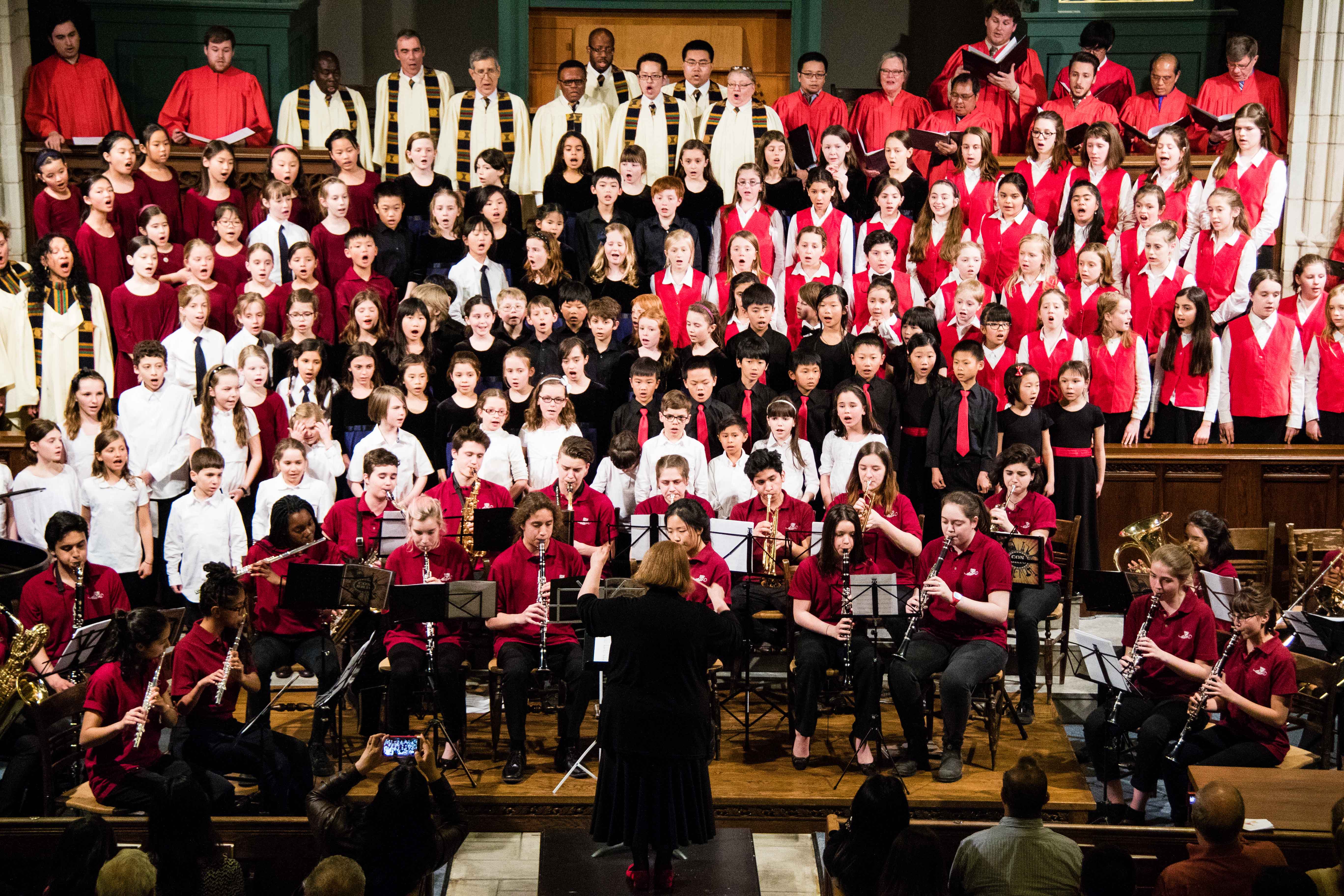 For the fifth year in a row now, Westmount’s Mountainside United Church has organized a concert to raise funds for Sun Youth’s children’s programs. “En Harmonie 4 Kids” was held Saturday, April 16th and brought together talented performers, adults and children, united to help kids in need.

The line up was particularly strong this year featuring several groups from across the city including: the Mountainside United Church Choir, the English Montreal School Board Junior Chorale, the Montreal Chinese Children’s Choir, le Petit Choeur de Rosemère, the Montreal Intercultural Choir, la Chorale Junior du Choeur des Enfants de Montréal, the South Shore Children’s Chorus, l’Ensemble Con Brio de l’école FACE and the McGill Conservatory Children’s Choir. Each group demonstrated its own unique ability to keep the audience engaged for the full two hour show. High points of the evening were the hosting ensemble the Mountainside United Church Choir led by Margaret De Castro and the Ensemble Con Brio de l’école FACE that displayed great mastery of their instruments and served as a change of pace to the evening.

Overall the event was a tremendous success and generated over $8,000! The funds will be specifically used by the organization to help families that are referred through youth centres. The money collected will also help fund Sun Youth’s Bullying Prevention and Conflict Resolution program in schools. For 14 years now, Sun Youth’s program promoting prevention against intimidation and the resolution of conflicts among students provides schools with additional human resources working hand-in-hand with the school staff and sharing their expertise in order to foster positive relationships between students, providing advice and developing extracurricular programs. Since 1998, Sun Youth has developed several partnerships with health and social services organizations (Centre hospitalier universitaire Sainte-Justine, the Montreal Children’s Hospital, le Centre Jeunesse de Montréal-Institut universitaire, Batshaw Youth and Family Services) who work with children and their families.

For their support, Sun Youth and Mountainside United Church would like to extend a very large thank you to everyone who attended the concert and to all the volunteers who gave their time to ensure that the event could actually take place. But most of all, to all the young people and young at heart who performed magnificently, giving their own time to help their peers!