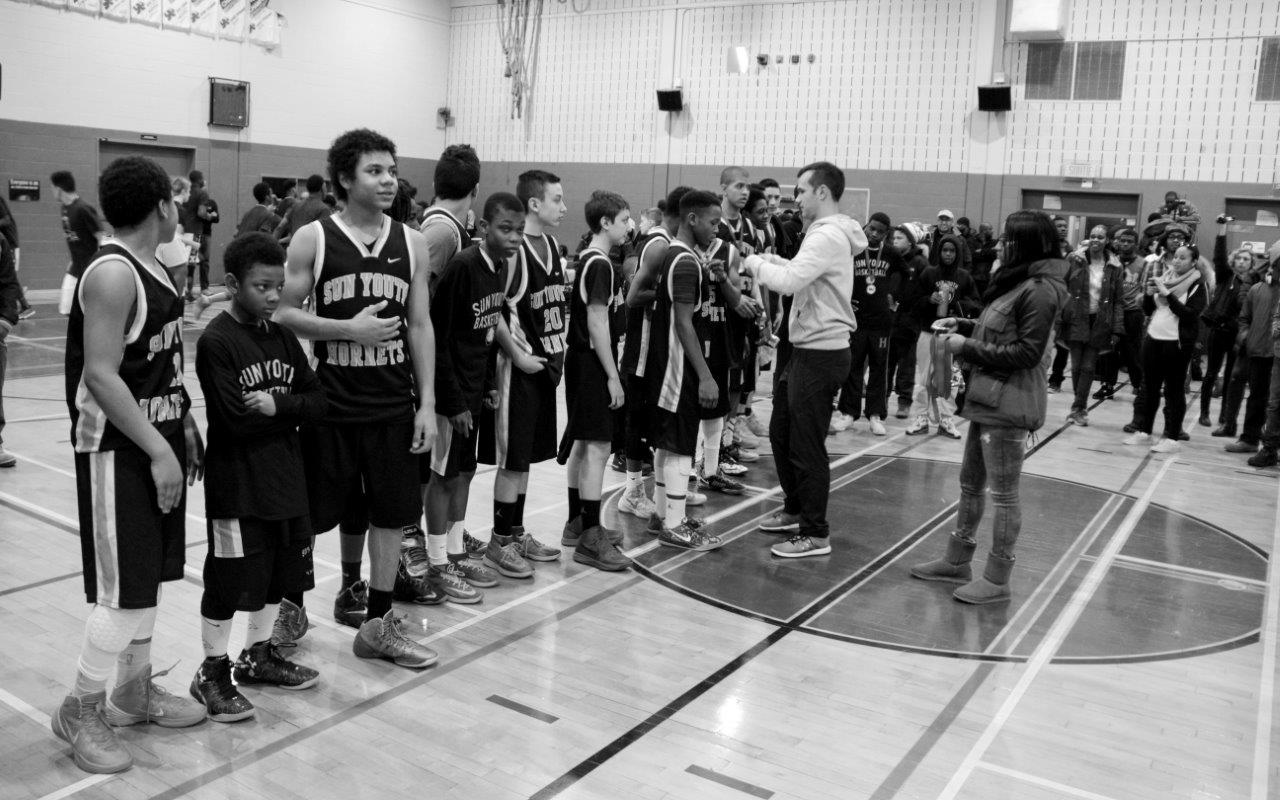 In the spirit of March Madness, the Montreal Basketball league (MBL) held its Final Four tournament the weekend of March 21st-22nd. The Sun Youth Hornets AAA Bantam, Midget, and Juvenile boys’ teams all earned spots in the semi finals which were a great conclusion to a very competitive season.

Both the Midget and the Juvenile teams faced off against the Park-Extension Knights in back to back semi finals games, a rivalry between both clubs which has developed into one that is unparalleled in the league. For the Juveniles there was much tension going into the game as it was a rematch of last year’s finals. The Midgets and Juveniles equally fought long and hard truly giving it their all but in the end both fell short of victory.

This however was not the story for the Hornets Bantam boys team whose efforts against Brookwood earned them a spot in the finals, edging them out 59-58. This set the Bantams up to face off against powerhouse Park Extension Knights in finals.The rivalry was only increased by the Midget and Juvenile losses to them the day before, but this time the Hornets would not be denied a victory. Behind the outstanding offensive play of Malachi Alexander who accounted for 24 points and the defensive presence of blocking and rebounding machine Trenton Dias, the Hornets defeated the Knights 49-47. The game was back and forth until the Hornets, who were down by 5 points with less than 3 minutes left in the game, turned it on. Malachi Alexander who had been leading the team’s comeback took over the game during those dying moments, managing to score despite being fouled continuously, giving the Hornets the lead in the final minute.

The Hornets were crowned the MBL AAA Bantam champions as well as complimented with the added bonus of having their Head Coach Damian Buckley honoured by being awarded “Coach of the Year” for his team’s success throughout the regular season, finishing with an almost perfect record 11-1. This weekend concluded a wonderful winter season for the Sun Youth Hornets basketball program. The Hornets will now begin to prepare for their summer season where kids will be given the chance to showcase their talents to NCAA Division 1coaches in tournaments across the United States.