Youngsters with a bright future !

Youngsters with a bright future !

Many of our athletes honoured at the Quebec Midget Foodball League Annual Banquet.

On February 13th 2016, the Quebec Midget Football League (QMFL) held its annual awards banquet at the Queen Elisabeth Hotel, the event is the largest amateur sporting awards banquet in Canada.

The event was preceded by an information fair in which various college football teams and other exhibitors took part, showcasing what they have to offer to these 16 and 17 year-old athletes. The event began with the 2015 Season Highlights video followed by a succulent meal where guest speakers took the stage. First was Cherif Nicolas, head coach of CEGEP du Vieux Montréal Spartiates followed by Jamie Barresi, head coach of the University of Ottawa who spoke about the importance of safety, education and the principles that football can instill in a person and how they use that to excel in a life off the field once football is over.

Finally, the awards ceremony unfolded and athletes were presented their awards. Every year, the QMFL selects All-Stars as well as MVP’s from both conferences and gives them an invitation to try out for the QMFL All-Star team. Among the 19 teams present, the Hornets received many honours including Nikki Sklivas All-Star O-line, Michael Mentor All-Star Running Back, Denzel Muscadin All-Star Defensive Back & Return Specialist and finally, in his first ever season playing football, the MVP D-Line Bradely Theodate. The QMFL All-Star team perennially plays their counterparts, the Ontario Varsity Football League (OVFL) All-Stars and the Ontario High School All-Stars. 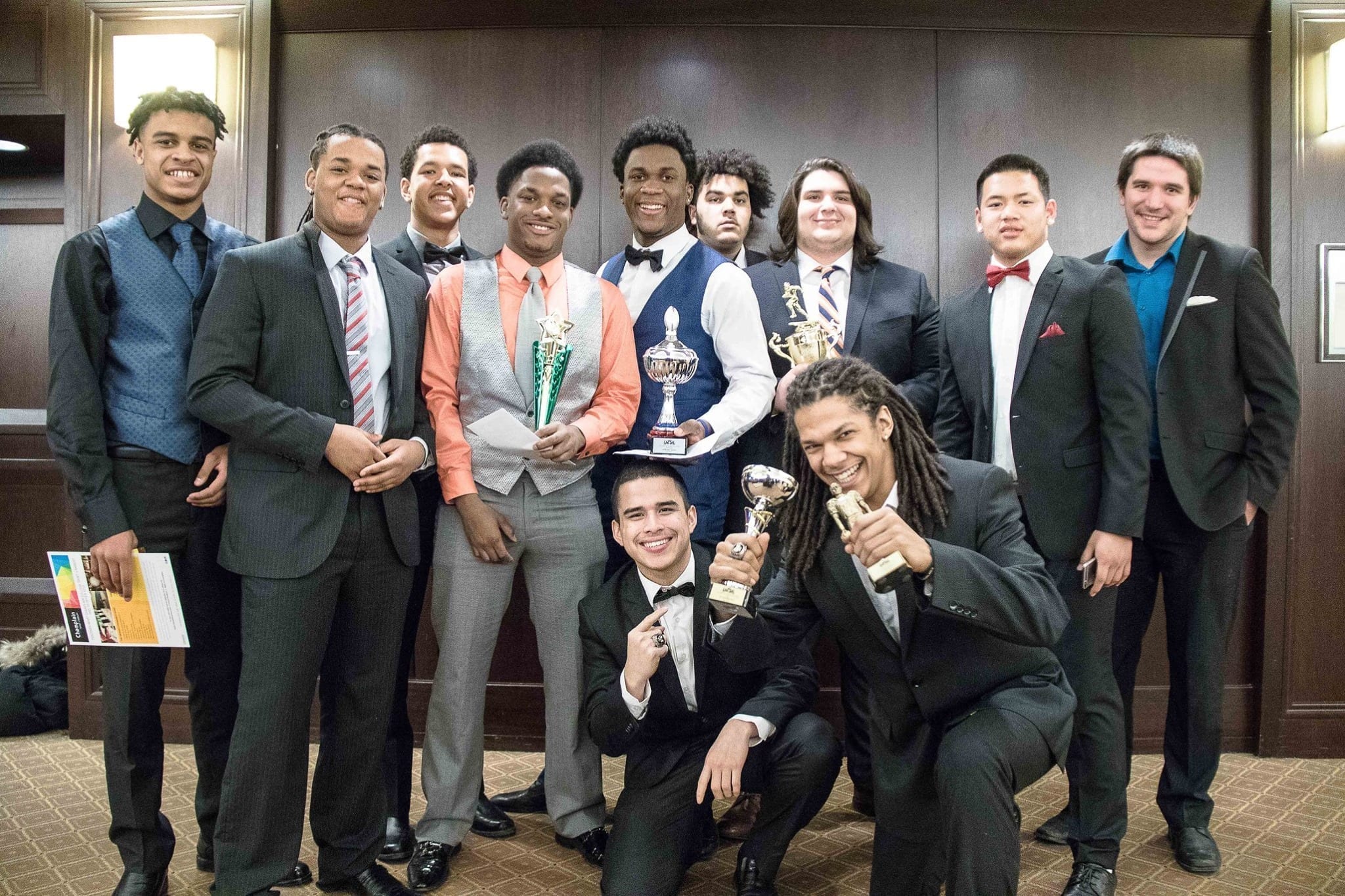