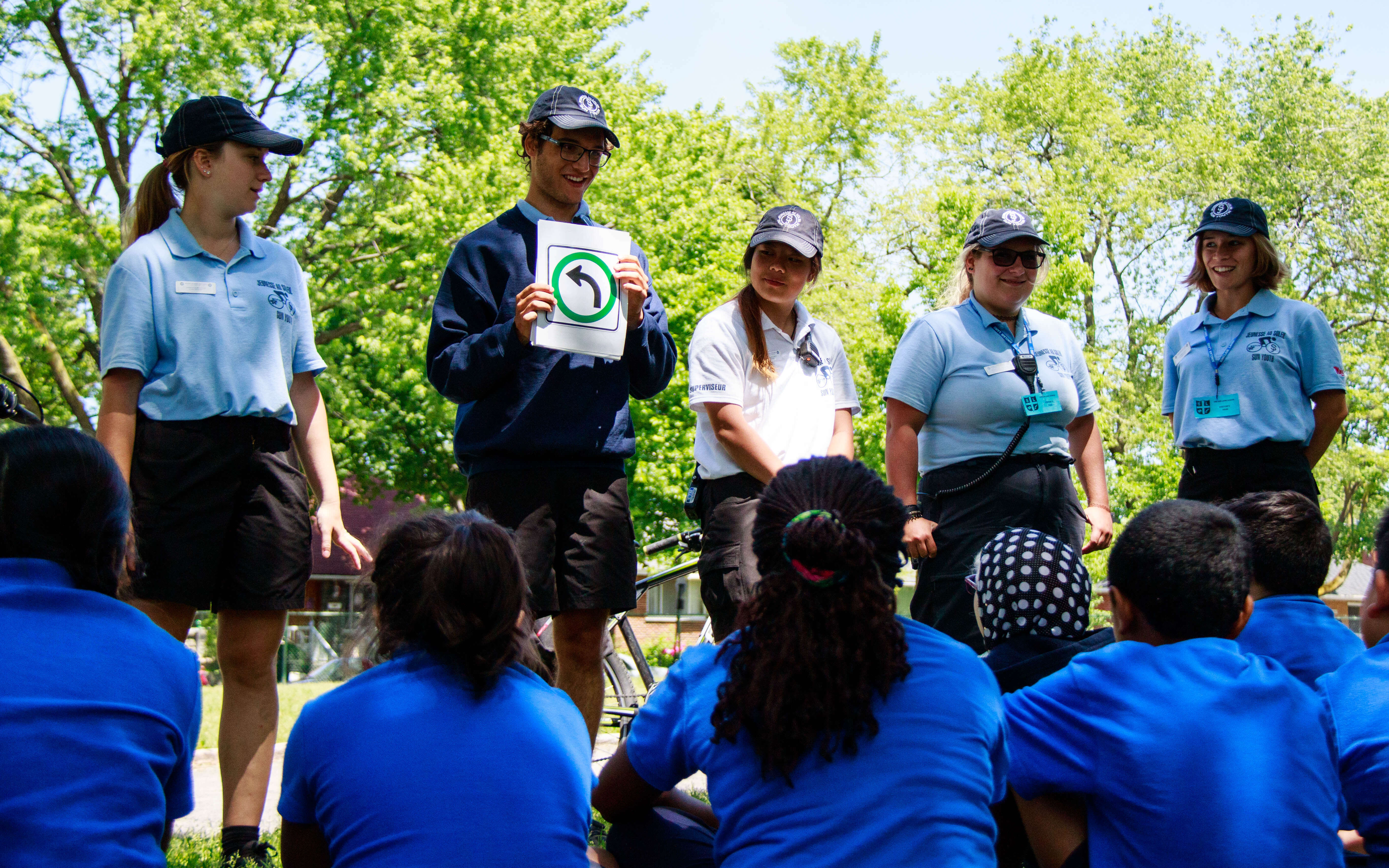 A Safe Summer with the Bike Patrol

A Safe Summer with the Bike Patrol

The Sun Youth Bike Patrol made a strong comeback for another summer.

The Sun Youth Bike Patrol made a strong comeback for another summer. From June 5th to August 11th, 2017, patrollers acted as the eyes and ears of the Montreal Police and were present on streets, bike paths and parks, emphasizing a sense of safety and community in the public spaces of the Greater Montreal area to the delight of the citizens.

For this 33rd edition, the team was composed of 22 young adults and 4 teenagers who were trained in first aid, working in collaboration with police officers from 9 local police stations. As usual, the patrollers brought assistance to people who were facing problematic situations. For instance, with the flooding the West-Island experienced in during the spring, two additional bike patrollers were assigned to help people in the Pierrefonds-Roxboro borough. In fact, the residents were very pleased with the presence of Sun Youth’s patrollers who helped them during these difficult times. In addition, they were also present during the Montreal Symphony Orchestra concert, a fundraising event to support the victims.

One of the Sun Youth patrollers’ roles is to support some of the society’s most vulnerable people. Indeed, they have participated in special police operations aimed to help the seniors. One of these operations was the SPVM and the Société de l’assurance automobile du Québec (SAAQ) awareness campaign on pedestrian safety. The purpose of this initiative was to educate the public on road safety. During their mandate, 24 of Sun Youth’s patrollers were able to meet pedestrians to provide advice on the Highway Safety Code. The Bike Patrol team also spent a lot of quality time with senior citizens. They organized zootherapy activities, walks, visits, corn roasts and strawberry festivals to name just a few. They also organized a physical activity program for seniors living at the Ukrainian Residence of Montreal.

In order to promote public and bicycle safety, Sun Youth’s patrollers delivered different workshops to children in elementary schools, day camps and daycares through “Génie Vélo” program. In addition to their presence at festivals and community events, such as the Mural Festival, the Saint-Jean-Baptiste and Canada Day celebrations, patrollers also organized many sports tournaments for children from various day camps including Sun Youth’s.

The 33rd edition was made possible by the support of private businesses and the different levels of government such as the Federal Government and Thomas Mulcair, leader of the NPD, as well as the Quebec Ministry of Public Security and Jacques Chagnon, President of the National Assembly. Local businesses also made an indispensable contribution to the Bike Patrol, including Dorel Industries, who supply the durable mountain bikes used by Sun Youth’s patrollers throughout the summer and Moishes restaurant, who generously provided this year’s uniform. Additionally, Toyota Gabriel General Director Nazih Chemali provided the patrol with an administrative vehicle. The Sun Youth Bike Patrol is also made possible by the financial support from the Gustav Levinschi Foundation.