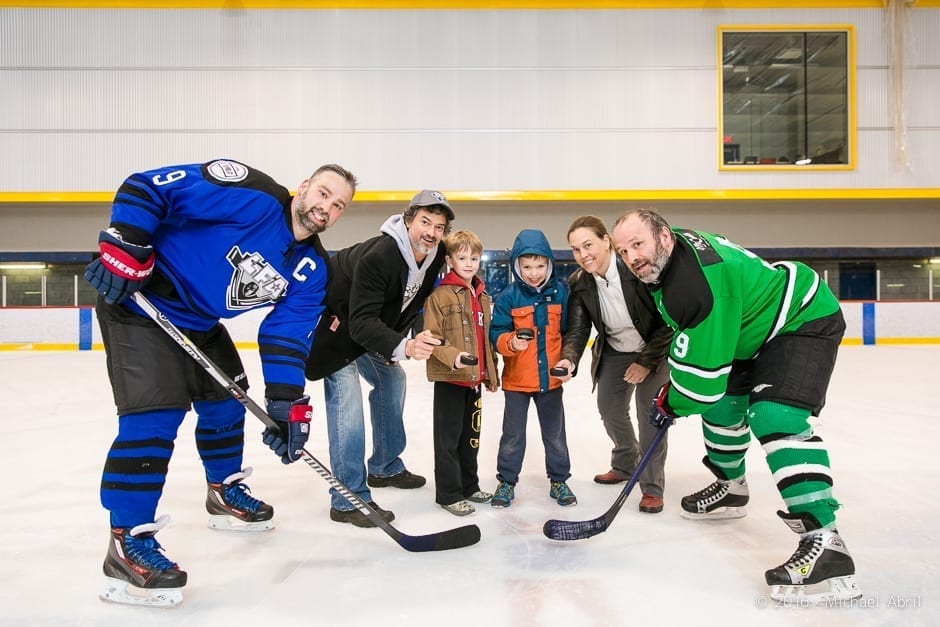 On May 1st, the Ligue Fédérale des As hosted its Grand Finale game for the 2016 season.

On May 1st, the Ligue Fédérale des As hosted its Grand Finale game for the 2016 season. The Finale featured the McCarold’s Shamrocks who defeated the Pub St-Paul Avengers by a narrow margin of 3-1. The event was held in collaboration with the Brotherhood Hockey Association which was created in 1999. Aspiring to become the reference point for adult hockey in the province of Quebec, the league also places a large emphasis on having a social impact on the local community.

The LFA and the Brotherhood Hockey Association have supported different causes over the years, including the Montreal Canadiens Children’s Foundation, Movember and Sun Youth. Nearly 200 people came Sunday night and offered their support to Sun Youth with a donation in cash or non-perishable food of their choice. The event also included a pregame tailgate BBQ, hosted by Les Brasseurs RJ and Sun Youth, where fans were able to enjoy the pregame festivities with tasty food and beer.

In addition to being able to see the two teams battle it off up close, people attending the game helped raise $5000 for Sun Youth’s emergency food bank. The organization wishes to thank the organizers of the event and its many sponsors and donors, all of the volunteers, the players from both teams and the hockey fans who came to support them. LFA’s second summer season will begin operations on May 15. May the six participating teams be successful and have fun!